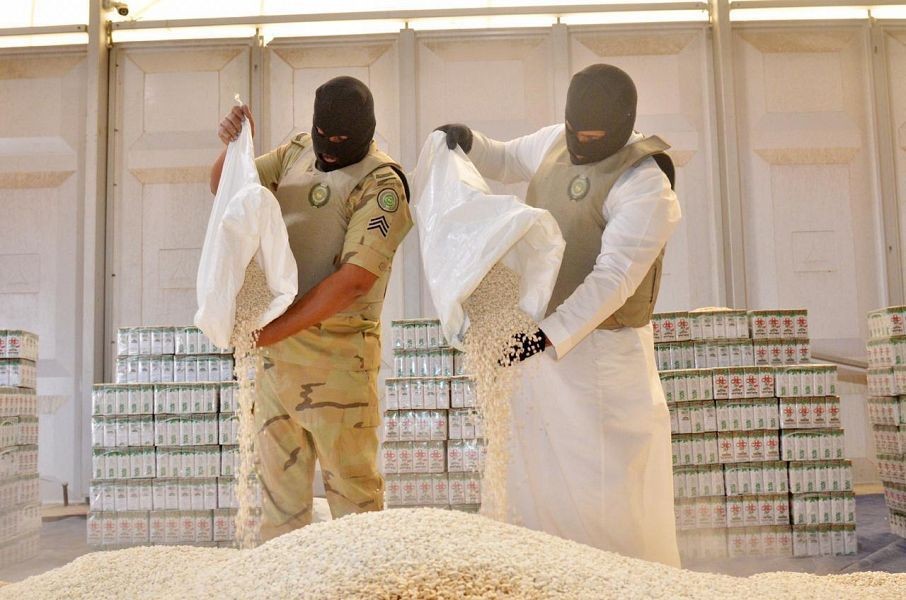 Riyadh (Debriefer) - Saudi authorities on Tuesday said their forces curbed influx of great deal of drugs enough to dump Arab World coming from Lebanon.
Since the beginning of last year until this April, Saudi Arabia seized nearly 57.2 tons of drugs heading from Lebanon, the Saudi ambassador to Beirut tweeted.
The captured drugs included 7,849,963 pills hidden in pomegranates, 40,986,500 pills in grapes, 4,335,000 pills in apples and 6,480,000 pills in potatoes, Waleed al-Bokhari added.
These amounts of drugs – seized while being smuggling into the Kingdom – are too large to dump the whole Arab World with drugs, the Saudi diplomat said in previous remarks.
Smuggling of these drugs does not target Saudi Arabia only, but all the Arab countries, he added.
Last week, Saudi authorities banned Lebanon-originated fruits and vegetables from entering into or passing through Saudi lands, after their forces seized large quantities of stimulants hidden in pomegranates coming from Lebanon.