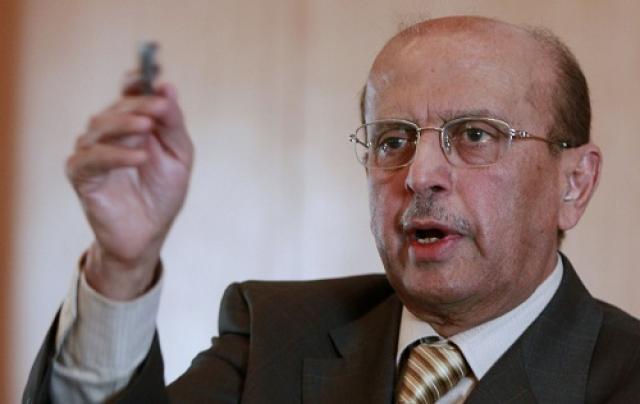 SANAA (Debriefer)--Assistant secretary general of the General People's Congress Party, Abu Baker Al-Qirbi, on Sunday criticised Saudi-led coalition's mismanagement of the situation in Yemeni regions which have been liberated from the Houthis since mid-2015.

The coalition's mismanagement of the situation in south Yemen and weakening a government which it is supposedly restoring have made the majority of the Yemeni people look at the coalition's military intervention as an aggression on their country and national sovereignty, he said in an article titled, Yemen crisis: a series of failures.

The Houthi Group ousted the government of internationally recognised president Abdrabbuh Mansur Hadi and seized the capital Sanaa in late 2014, triggering a civil war which escalated after the group moved south and east in a bid to control the whole country.

The Saudi-led military intervention was launched in March 2015.

Saudi Arabia and its gulf partners have ignored the Gulf Initiative which was presented in 2011 during the Arab Spring and paved the way for a political transition in Yemen which was obstructed and interrupted by the Houthi takeover in late 2014, he said.

They could have used the initiative as a card and support it with diplomatic and financial guarantees to convince the warring parties to end the conflict, he said. But that is no longer possible amidst the gulf crisis, he added.

The intervention was in response to a request by Hadi's government to face the rebellion of the Houthi Group, Al-Qirbi said.

"Top priority of the military intervention was to stop the Iran-backed Houthi expansion and to prevent a potential threat to Saudi Arabia".

The coalition, however, did not have a clear war strategy and an exit plan from the beginning, a matter which created challenges to finding a political solution to the conflict, he said, pointing out that the coalition has deviated from its objectives in the country.

On the other hand, the USA and other big powers have regrettably taken advantage of the war in Yemen to strike big arms deals and achieve economic gains, he said. These countries have never intended to help lift Yemen out of its crisis, he concluded.