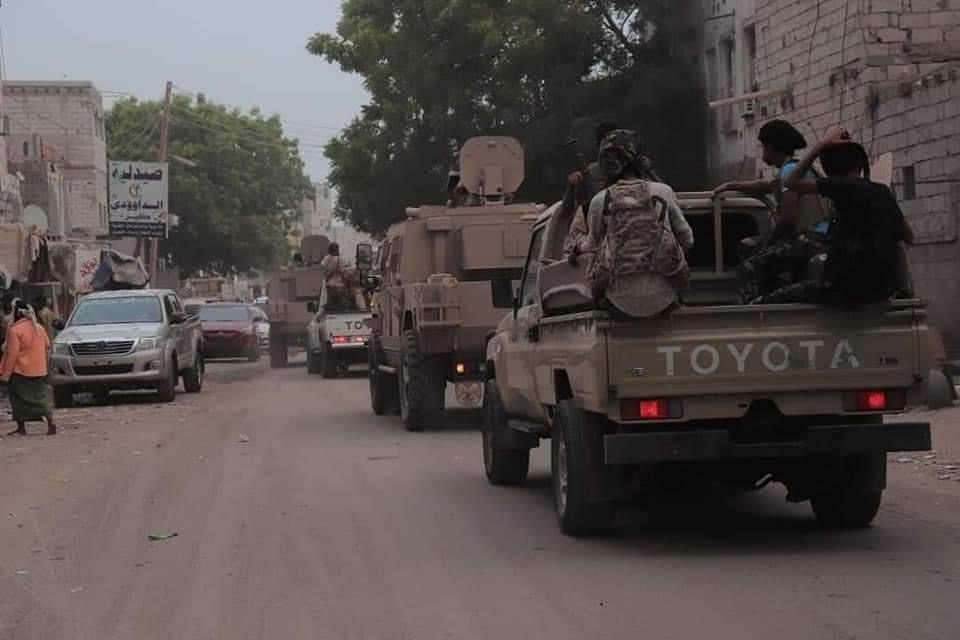 Aden (Debriefer) - Fierce clashes erupted in the Yemeni southern port city of Aden early on Monday, when forces of the Emirati-backed Southern Transitional Council (SCT) and Salafist gunmen used medium and light arms against each other.
Clashes started in the nearby of the Mansoura central prison, said local sources, before residential quarters caught the gunfire.
Explosions were heard in Mansoura district as gun machines and RPG were used amidst residential areas, leaving damages to tens of houses, the sources added.
STC forces tried to storm into and arrest the Salafist Badr al-Muhsini, a senior officer in the Giant Brigades, but they were fended off by his Salafist bodyguards and supporters who arrived at the scene, according to other sources.
Mansoura is now encircled by tens of STC armored vehicles and patrols lest other Salafist groups enter the city, say locals.
The STC-controlled Aden security department said "emergency forces (EF) launched a security campaign to erect new interim checkpoints and deploy night patrols in order to maintain security and stability.
"One of the Aden security EF patrols was attacked in Block 21 by unknown gunmen, injuring a policeman who was taken to hospital," it added in a statement on Facebook.
The attackers fortified themselves inside houses and used light guns and RPG in the face of security forces, the statement read.