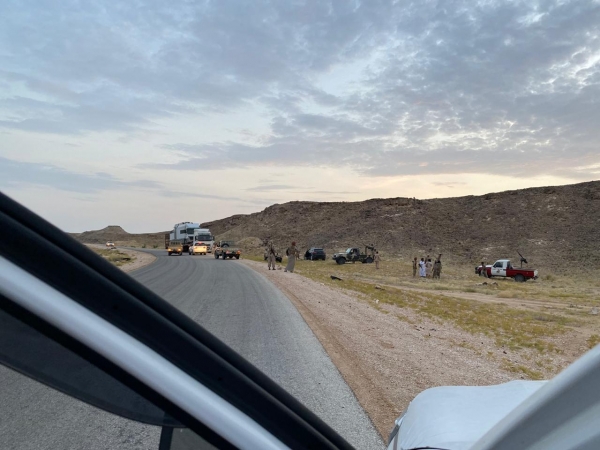 Armed tribesmen, opposing the Saudi military presence in Mahara, prevented the troops from reaching the Yemeni port at borders with Oman Sultanate, triggering Sunday confrontations in Hat, another district in Mahara, according to the official.

The clashes stopped, after leaving a Saudi armored vehicle damaged, he added, noting that no casualties were reported.

The Saudi troops retreated to a nearby site, some 40 kilometers away from Shahin crossing, the official said.

Shahin is now cautiously calm, as tribesmen are still on the alert, he said, reiterating rejection to Saudi military presence in the city.

The campaigner called on Yemeni official security and military forces to not serve as "cover for Saudi occupation's troops," warning that Mahara people "won't simply watch insults and violations by the Saudi" forces and militias in Shahin and Mahara in general.

Late in 2017, Saudi Arabia sent military and security troops and equipment to Mahara in order to enhance security and combat smuggling, according to statements by the Arab coalition.