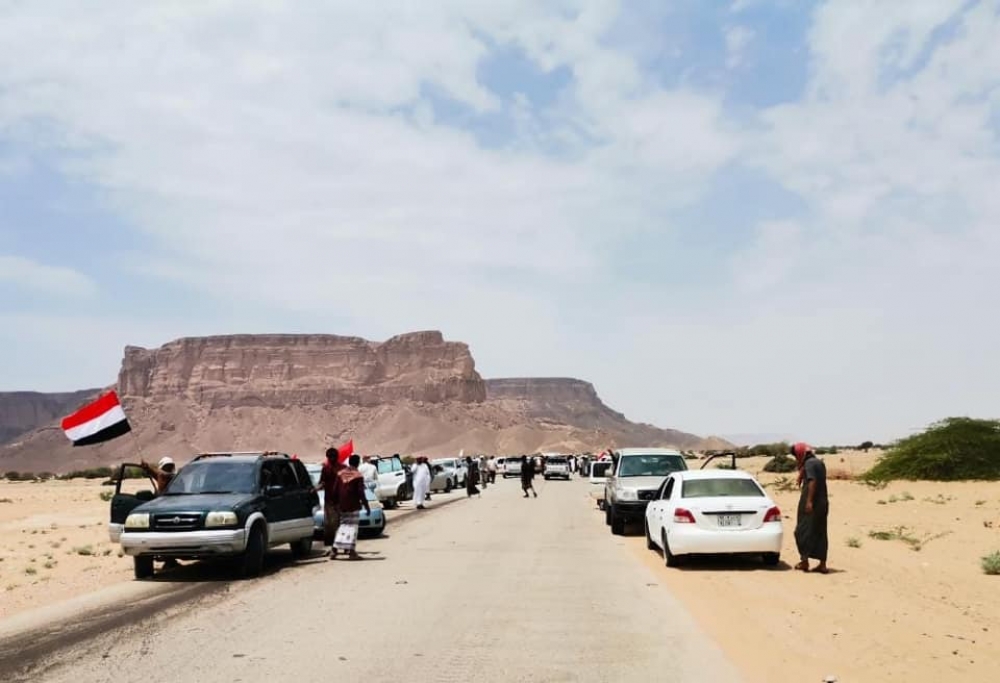 Hadhramout (Debriefer) - Tens of activists on Monday arrived in Seyoun to participate in a rally in the second largest city in the Yemeni eastern governorate of Hadhramout.

The demonstration was called for by the National Alliance (NA) to 'reiterate support for the Yemeni federal State, legitimate government and President Abd Rabbu Mansour Hadi'.

Participants came from the two districts of Sah and Rakhia to take part in the rally that will be held late on Monday, local sources said.

On Sunday, the STC announced rejection to the rally, since "Hadhramout people refuse all suspicious calls to sell themselves and the nation to mercenaries of the unity" declared in 1990 between south and north.

"Attempt to disunite Hadhramis and falsify their demands amid their strong determination supporting the restoration of the south state led by the STC," head of the STC national committee, Ahmed Saeed Bin Boraik added in a tweet.