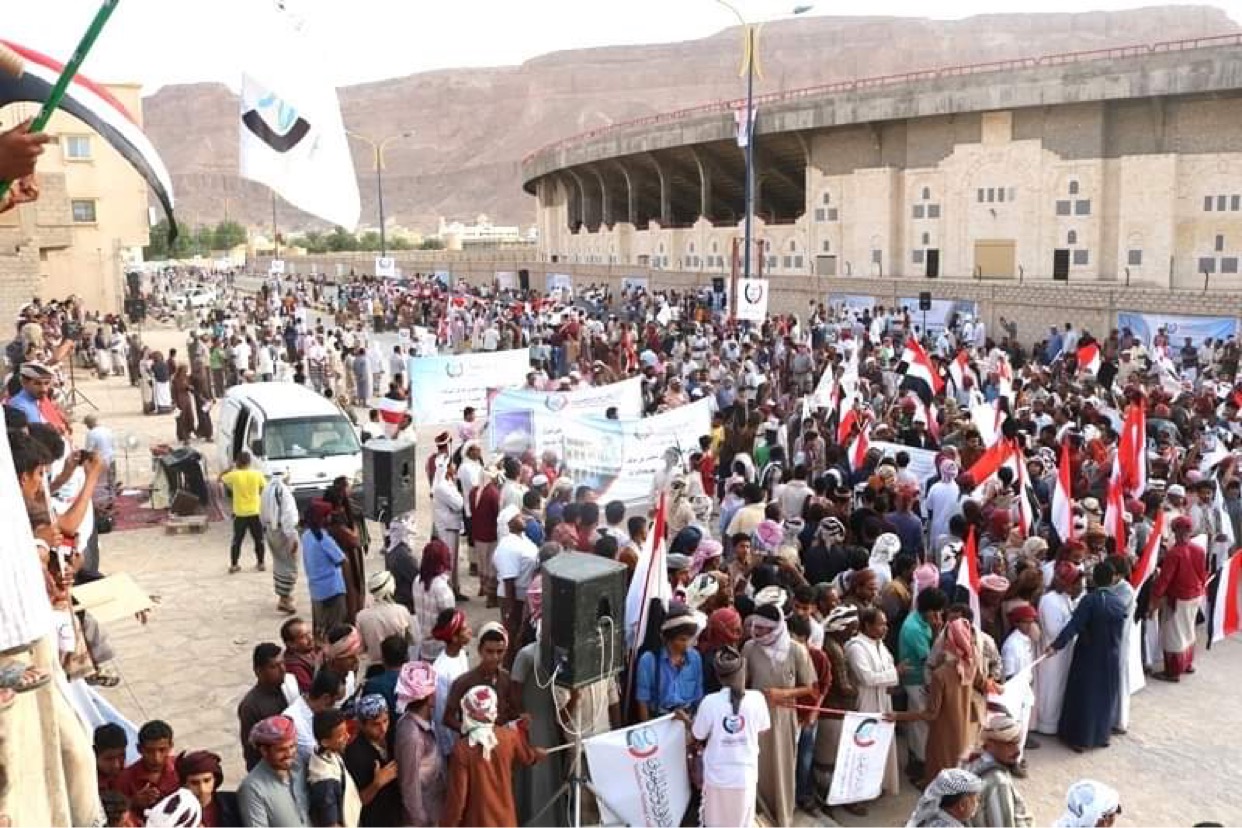 Hadhramout (Debriefer) - Yemen's Southern Transitional Council (STC) on Monday accused the internationally-recognized government of escalating and trying to hinder the Riyadh Agreement application by arresting people and staging a rally against the council in Hadhramout.

The Emirati-backed STC is "watching with deep concern the suppression and terrorist acts committed by the so-called National Southern Alliance [NSA], which is an entity hatched by Muslim Brotherhood in Seyoun city," it said in a statement.

NSA "uses Yemeni army forces, which have occupied the city, to suppress and arrest southern youth for refusing and countering all the occupation plots and supporters.

"Backed by Muslim Brotherhood and occupation forces, the NSA's failure to falsify southern will – by mobilizing troops in plain to rally and support it, and bringing tens of buses full of supporters from outside southern lands – proves the failure of all projects circumventing our people's cause and demand for freedom and independence.

"These unjustified escalating moves, whether in Seyoun or in Shoqra of Abyan, are but attempts to hinder application of the Saudi-sponsored Riyadh Agreement inked with the Yemeni government," it added.

The STC called on Saudi Arabia to "shoulder its responsibilities and stop these attempts, especially when the parties standing behind are known and very close to the Yemeni government's decision-making centers."

Earlier on Monday, tens of activists arrived in Seyoun to participate in a rally in the second largest city in the Yemeni eastern governorate of Hadhramout.

The demonstration was called for by the NSA to 'reiterate support for the Yemeni federal State, legitimate government and President Abd Rabbu Mansour Hadi'.

But STC supporters carried out violence and chaos acts and blocked roads prior to and in coincidence with the rally in a bid to foil it.