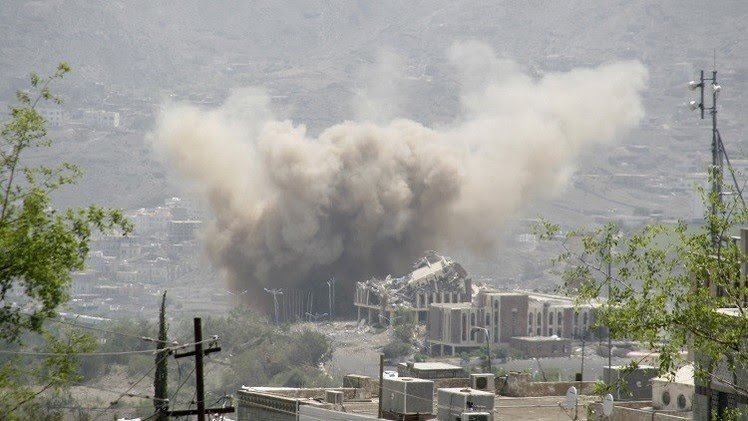 Sana'a (Debriefer) - The civilian casualties have severely increased in hostilities recently seen by the Yemeni western governorate of Hodeida and southwestern of Taiz, the UN Office for Coordination of Humanitarian Affairs (OCHA) said Saturday.
In Hodeida, at least 4 civilians were killed and 28 others injured, including women and children in several incidents since the end of last September, OCHA added in a statement.
These included attacks in Doraihimi on 4 October that left one girl and 4 men wounded, and in al-Hawak district where one child was killed and 5 others and two men injured on 6 October, the statement read.
On 8 October, an attack destroyed a school and caused damages to the al-Manzar medical center.
In Taiz, one child was killed and 2 men injured on 11 October when a shell hit the yard of '22 May' school in Salah district, and another mortar shelling med-October left many civilian casualties in the eastern part of Taiz city, according to the statement.
Yemeni innocents continue to die and suffer due to this awful war, the UN Humanitarian Coordinator said.
The parties that carried arms are morally and legally responsible to do everything possible to protect the civilians and secure their access to assistance they deserve and need, Lise Grande added.
There political options at table to end fighting and move to political dialogue, she said, urging the parties to find strength and courage to do so, with famine approaching and funding depleting.
Yemen has been racked by an armed conflict that broke out after the Iranian-backed Houthis ousted the internationally-recognized government late in 2014.
The war has left more than 100,000 people killed and 3 million displaced, triggering what the UN calls the world's worst humanitarian crisis, with most of the population in need for a type of humanitarian aid and immediate protection.