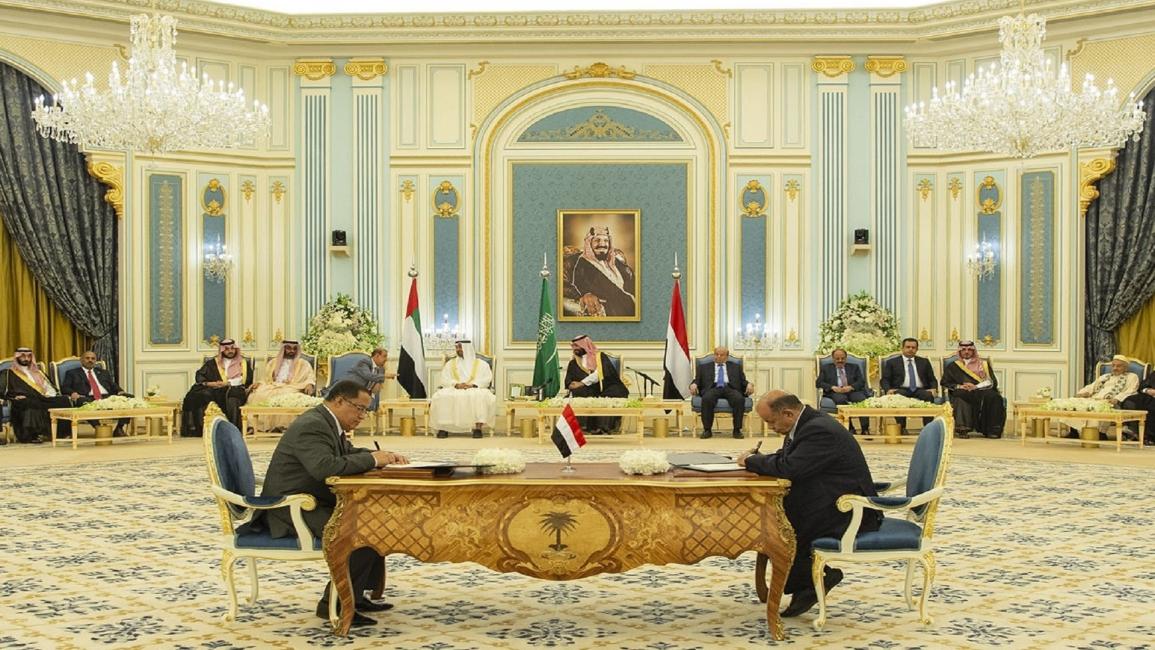 SANAA (Debriefer)--A full year has passed since the internationally recognised government and the UAE-backed southern transitional council signed the Riyadh agreement.
The agreement was brokered by Saudi Arabia following clashes between the two sides in south Yemen that ended with the council's takeover of the interim capital Aden. It included political, economic and military and security arrangements in 20 detailed provisions that should have been implemented within a week or maximum three months of the signing.
Saudis at the time said the goal was to restore the roles of all public institutions and reorganise all military and security units under the defence and interior ministries.
But it has almost gone with the wind, except the provisions providing for assigning prime minister Maeend Abdulmalik to form a new government and appointing a new governor and police chief for Aden.
Nonetheless, the government has not seen the light of day and the new police chief has not assumed his post until this moment.
The failure to implement it has been expected because of the insistence of the STC and its UAE supporters on clinging to gains they achieved on the ground and the government's failure to move things forward.
Though it was welcomed by the international community, the agreement has been facing huge challenges amid the silence and sometimes collusion of its sponsors.
Observers argued that its real goal was to further weaken the government which a Saudi-led coalition including the UAE intervened in 2015 to restore following a coup by the Iran-aligned Houthis.
The agreement has succeeded in weakening the public institutions and created and legitimised groups parallel to the government within the coalition's efforts to keep the country in chaos, observers said.