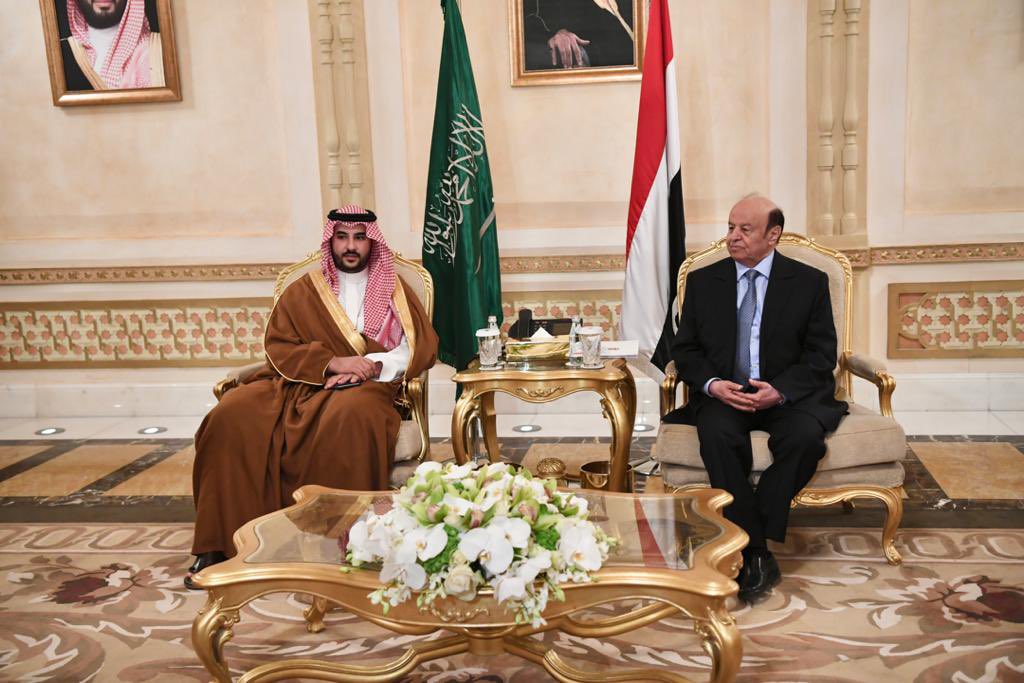 Riyadh (Debriefer) - The Saudi deputy defense minister visit on Wednesday to the Yemeni President in Riyadh aimed to pressure Abd Rabbu Mansour Hadi into accelerating the new government declaration and allowing for delay of the Riyadh Agreement's military section, sources concerned with Yemen expected.
Prince Khaled Bin Salman (KBS) verbally assured President Hadi about application of other provisions stated in the pact and its acceleration mechanism, the sources said.
"I met with the Yemeni President Hadi," KBS tweeted. "We discussed developments in Yemen, and I reiterated to His Excellency the Kingdom leadership's keenness to achieve stability, security and prosperity for the Yemeni brother people."
Saudi Arabia is also determined to go ahead with applying the Riyadh Agreement to enhance peace and stability, prioritizing the Yemenis' interests over all considerations, the Saudi Prince added.
On 5 November 2019, the Kingdom brokered the Riyadh Agreement between the Yemeni official government and the UAE-backed Southern Transitional Council in the Saudi capital.