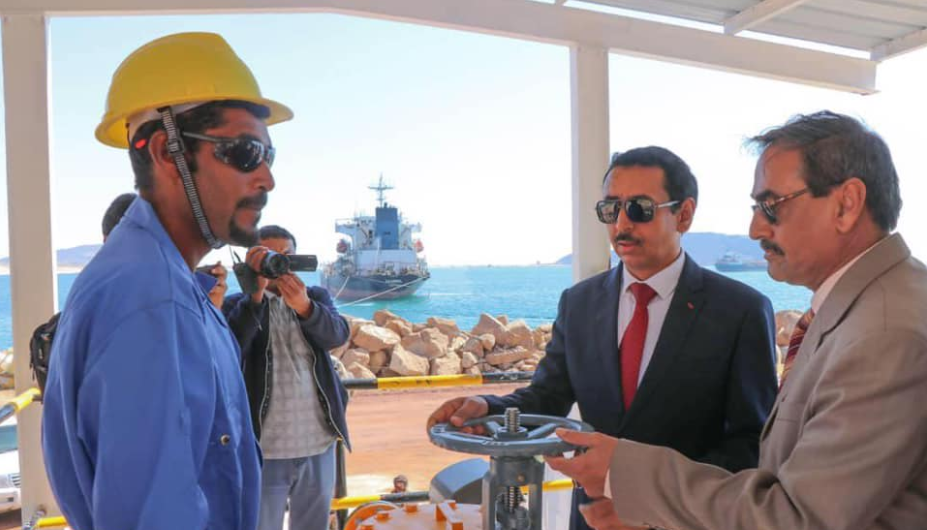 SHABWA (Debriefer)--Governor of Shabwa Mohammed Saleh bin Adyo on Wednesday launched  the first phase of the Qana oil port on the Arabian Sea in southeast Yemen.

He attended the the offloading of the first fuel cargo, 17.000 tons of diesel, which arrived at the port days ago.

The port specifications qualify it to be one of the biggest ports, bin Adyo said in a statement carried by the state Saba news agency.
It will boost the province's financial revenues and revive trade in several provinces, he said.

The first phase of the port also includes the provision of floating fuel storage tanks to secure the local demand.
The second phase includes the construction of fuel offloading and commercial berths and 8 strategic storage tanks with a capacity of 60.000 tons of fuel.