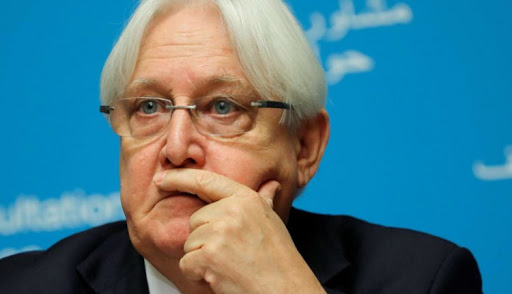 Muscat (Debriefer) - The Houthi group on Thursday criticized the UN special envoy for Yemen, dubbing Martin Griffiths as a mailman.
His performance is bad, Houthi spokesman tweeted. "All what he does is blessing the Yemeni [UN-recognized] government and adopting its goals and logic."
Griffiths has "infringed his international mission concerning the whole Yemen, and altered into a postman between Riyadh and Abu Dhabi" to bring together allied Yemeni groups, Mohamed Abdul Salam added.
Earlier on Thursday, the Houthi negotiator told Reuters that his group would not withdraw from peace talks "with the UN and Saudi Arabia," despite the US decision designating the group as a foreign terrorist organization.
Any ceasefire deal should include the reopening of Yemen's airports and seaports, Abdul Salam added.