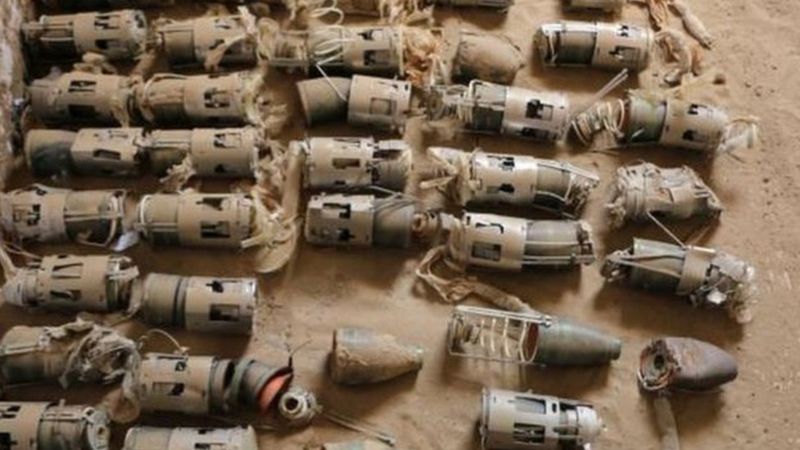 Sana'a (Debriefer) - The Saudi-led coalition has launched 2,500 airstrikes on Yemen using cluster bombs throughout 6 years of war, leaving thousands of deaths and injuries, director of the Houthi mine action said Sunday.
"There are nearly 15 kinds of cluster bombs that were used to target Yemen but their countries of origin were not identified," Ali Sofrah added in remark to al-Masyra.
"3,709 people were affected by cluster bombs, including 962 deaths and 100 children," he said, noting that the Houthi-run health ministry recorded 6,000 victims of these bombs until 2019.
Saudi Arabia has been leading a military coalition in Yemen since 26 March 2015, in support of forces loyal to President Hadi to retake areas controlled by the Iranian-backed Houthi group.
In 2016, the Arab coalition admitted that its forces restrictively used UK-made cluster bombs in Yemen's conflict, but Saudi Arabia promised to stop using these ammunition.