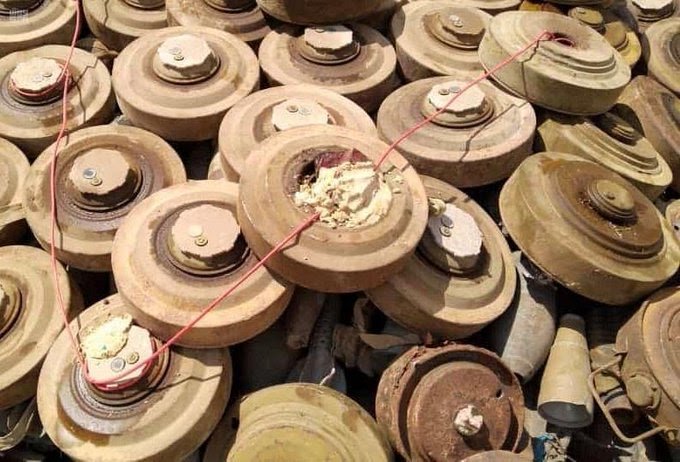 Hodeida (Debriefer) - Landmines planted by the Houthi group in have left 51 civilians killed or injured during the first quarter of this year 2021, according to latest official reports.
26 people were killed and 25 others wounded, including women and children, in different Yemeni provinces polluted with Houthi mines and unexploded ammunition, the Yemeni mine watchdog tweeted on Sunday.
These figures were based on reports developed by field teams and medical statistics for the last three months (January, February and March), the center added.
According to international estimates, more than one million antipersonnel and antitank landmines were planted in Yemeni by the Iranian-backed Houthi group since 2015.
Yemen saw the world's largest land-mining operation after the WWII, say experts, making millions of civilians at risk for long years, even after an end to the war.