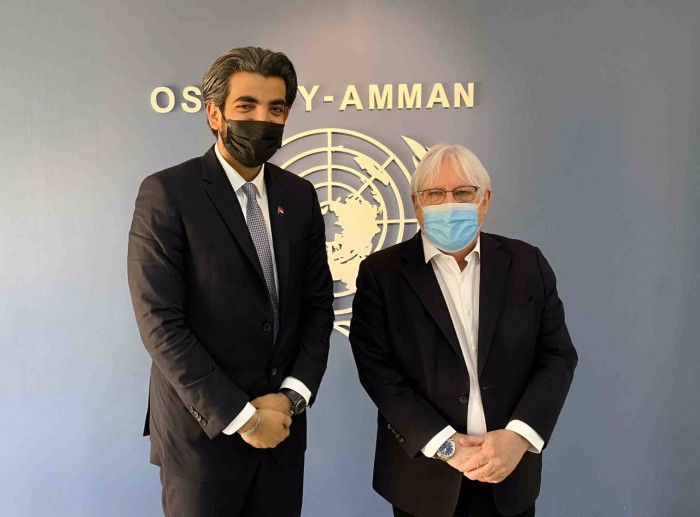 AMMAN (Debriefer)--The Southern Transitional Council on Sunday voiced its readiness to participate in the delegation of the government of Yemen's internationally recognised president Abdrabbuh Mansur Hadi to UN-sponsored negotiations with the Houthi group.

The statement was made by Amr Al-Bidh, a member of the council's presidency, at a meeting with the UN special envoy to Yemen Martin Griffiths in the Jordanian capital Amman.

The meeting discussed the ongoing negotiations on the UN plan to reach an agreement covering a nationwide ceasefire, opening Sana'a airport, allowing fuel and commercial ships into Hudaydah port and resuming the political process, the envoy's office wrote on Twitter.

Al-Bidh said on Twitter that he conveyed to Griffiths a message from the STC President Aidarous Al-Zubaidi on the peace process and explained some points, including that the tasks of the joint cabinet are limited to providing services and do not represent the council in the political track and the peace process.

The STC is willing to form a joint delegation with the Hadi regime in accordance with the Riyadh Agreement, he added.