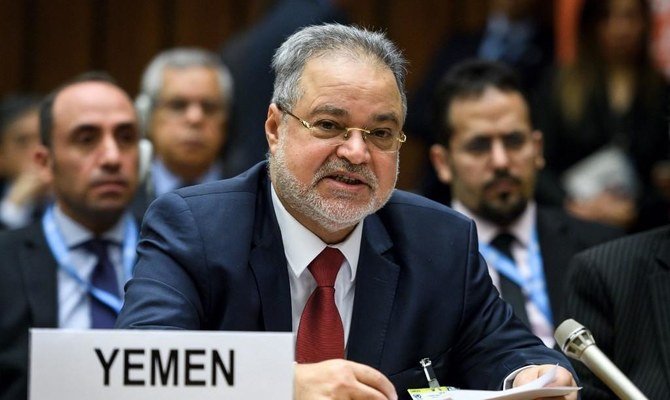 Aden (Debriefer) - Advisor to the Yemeni president on Sunday called on the UN to clearly condemn the Houthi group for racially treating African migrants.
The racial way adopted by the Houthis in dealing with, and their crimes against, African migrants is part of "their crimes and racialism against the Yemenis," Abdul Malik al-Mikhlafi tweeted.
"What happening in Sana'a for African migrants by the Houthis is not of the Yemenis' morals," he added.
On Friday, the Houthi group separated a protest staged by the Ethiopian community outside the UNHCR in the Yemeni capital, Sana'a, to call for officials involved in migrant center fire in March be held accountable.
Houthi armored vehicles and counter-riot units used force to disperse an Ethiopian sit-in, leaving casualties among the protesters, private sources told Debriefer.
The Houthis arrested nearly 200 of the campaigners and deported them towards Yemeni government-held areas, after forcing the migrants to promise in writing that they would not come back to Sana'a, the sources added.
Later, Houthi security forces pursued African migrants in some of Sana'a City's quarters and arrested nearly 177 of them, according to a source at the Ethiopian community in Sana'a.
On 7 March, a migrant detention center inside the Houthi-run migration department in Sana'a came under huge fire sparked by center guards who threw "incendiary and tear bombs to control chaos acts" in one of the center's champers, according to Houthi account.
While the Houthi group says 43 migrants were killed in the fire, Ethiopian media say the incident claimed more than 513 lives.