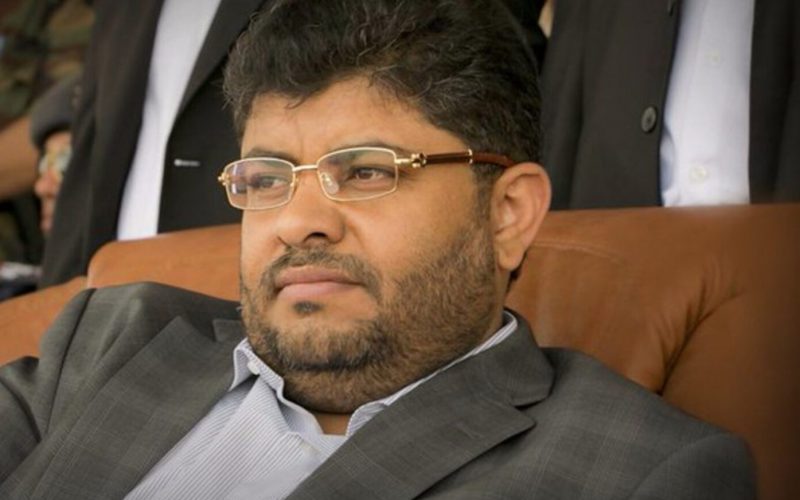 Sana'a (Debriefer) - The UN Security Council's performance is flappy, member of the Houthi Supreme Political Council tweeted on Saturday, noting that his group would not accept bargaining humanitarian arrangements in Yemen.
The UNSC's statement "confirmed what we anticipated before its session, proving the absence of criteria and trustful approach, which the UNSC has always been living," Mohamed Ali al-Houthi added.
"It's improper for UNSC this floppy performance and resonant descent at all levels," the Houthi official said, blaming the Saudi-led coalition and UNSC for "Yemen's famine, which the UNSC fears since it's accomplice in it like the aggression."
Addressing the Arab coalition, he said "we don't like political maneuver, and you have to know that we can't accept bargaining humanitarian arrangements and what is considered as crime even by laws from which you derive your alleged legitimacy, such as the blockade and persistent aggression."
Earlier on Saturday, the UNSC condemned the military escalation in the Yemeni northeastern governorate of Marib and called on the Houthi group to stop it, since it worsens the humanitarian crisis, puts more than one million IDPs at huge risk, and jeopardizes efforts to secure a political settlement in war-torn country.
The UNSC also deplored the Houthi cross-border attacks against Saudi lands, expressed concern at military developments in other Yemeni areas and called on all warring parties to positively respond to the UN envoy's call for nationwide ceasefire.
The Saudi recent proposal for peace in Yemen is a welcomed development, the most powerful body added, hailing the Omani mediation efforts and expressing support for any project aimed to end the Yemeni people's suffering.