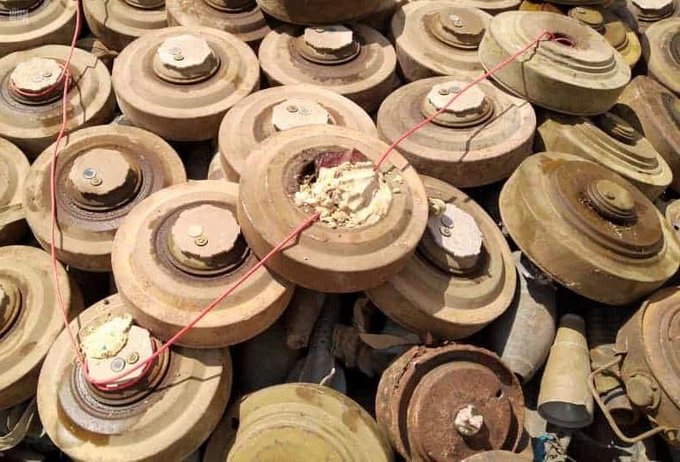 Taiz (Debriefer) - One civilian and his little daughter have been killed and four others wounded in two separate blasts in the Yemeni southwestern governorate of Taiz and northern governorate of Jawf.
A Houthi-planted landmine blew up in Dhobab district, west Taiz, leaving Maja'ali Ibrahim and his daughter Saeeda killed and his son Adeeb injured, the Yemeni watchdog for mines said Saturday.
The three civilians were grazing their goats near their house when the mine exploded, the watchdog added.
In the northern governorate of Jawf, a mine blast wounded three civilians from one family (man, his wife and a relative) in Jawf crossroads, according to the center.
Yemen has seen the largest land mining since the WWII, according to reports issued by local and international organizations.
Landmines have claimed thousands of Yemeni lives and left tens of thousands of civilians with serious injuries.