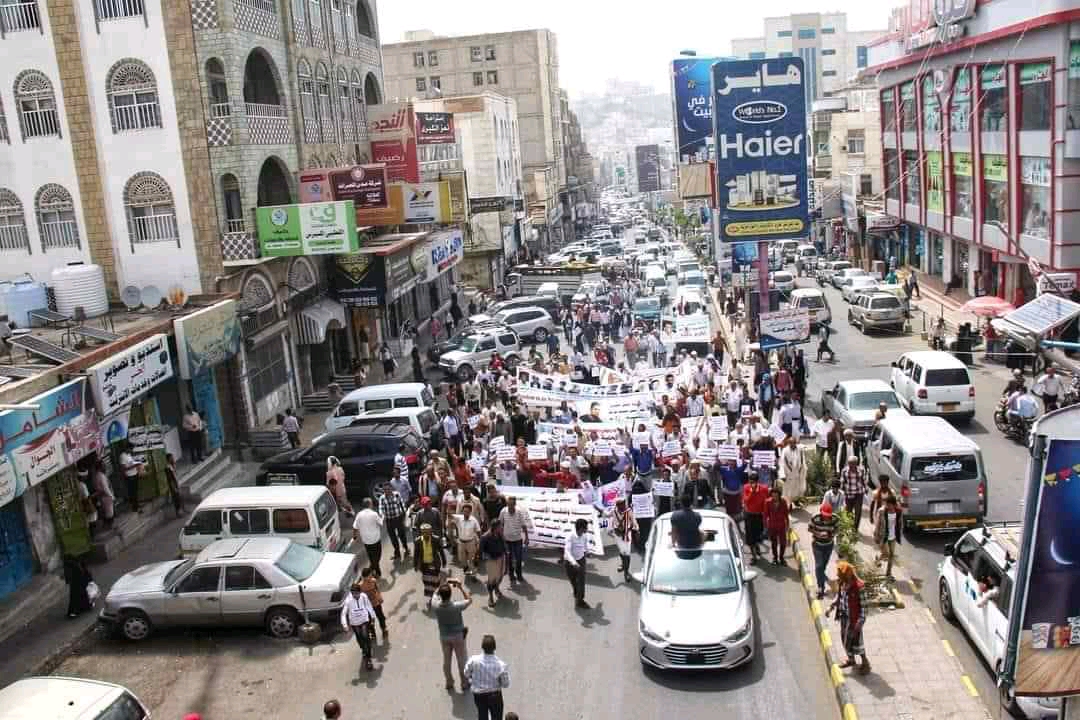 TAIZ (Debriefer)--Hundreds of people took to streets in Yemen's Taiz city on Saturday to condemn continued Houthi shelling and blockade on the city.

They carried placards with slogans criticising international silence over the blockade which has been suffocating the city for six years.

The blockade will remain a stain on the world and humanity, a statement by the demonstration said.

Any negotiations that don't include lifting the blockade and Houthi withdrawal from Taiz will not produce any solution to the Yemeni crisis but will feed a long war and legitimise human rights violations against millions of people in the city, the statement said.

Official reports say Taiz is the province most affected by the war in terms of human and material losses.

The province is divided between the internationally recognised government and the Houthis.