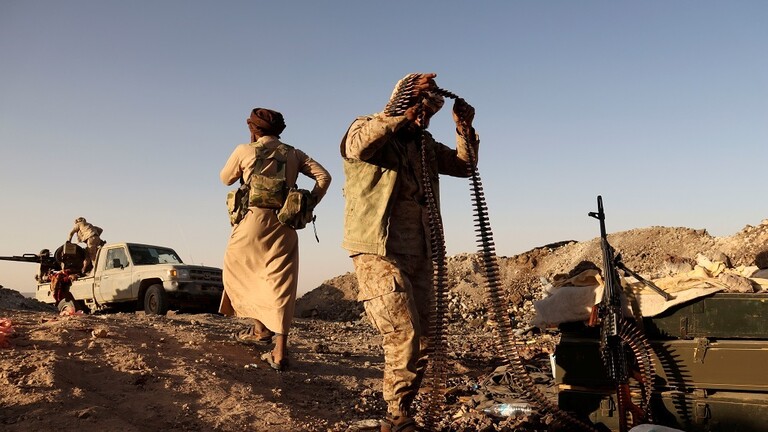 SHABWAH (Debriefer)--Yemen's internationally recognised government has deployed military reinforcements into the southeastern province of Shabwah amid reports the Iran-allied Houthi group is advancing towards the province.

The reinforcements arrived in the district of Bayhan after the Houthis seized the districts of Nati and Na'man in the adjacent province of Bayda, AFP reported on Tuesday, quoting a military source.

The deputy governor of Bayda Ahmed Al-Humayqani said the Houthis are advancing towards Bayhan after their gains in Bayda.

He accused the defence ministry and the Saudi-led coalition of failing the pro-government fighters in Bayda, leaving the two districts fall to the Houthis without resistance.

Families are fleeing their homes and a humanitarian crisis in unfolding in Bayda, he said, appealing for urgent interventions.

Shabwa is adjacent to the oil-rich Marib province which the Iran-allied Houthis have been seeking to take over since February.

Meanwhile, the former minister of transport Saleh Al-Jabwani claimed that there is a UAE plot to weaken the government further and let the Houthi group take over Shabwa. The UAE plot started from Bayda, he said, elaborating that the forces of the UAE-backed southern transitional council has cut off supplies to the pro-government fighters amidst the massive Houthi offensive in the province. The UAE-backed groups and the Houthis are serving each other's agendas and ambitions, he said

The government forces will be attacked from two directions, by the Houthis from Bayhan and by the STC through the Ba Rashid Brigade stationed in Mukalla and which has been extending its presence along the coastal line from Balhaf in Shabwah to Abyan province, he added.

The STC has several times expressed its readiness to talk to the Houthis. Its leaders have even said they would take the side of the Houthis over the government.