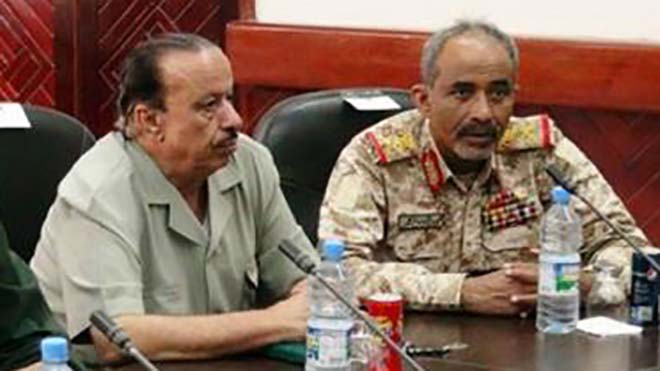 SANAA (Debriefer)--The Ansar Allah group, known as the Houthis, on Sunday offered to put the brother of Yemen's internationally recognised president and other army leaders on the list of prisoners it is ready to exchange with the government.

The head of the group's prisoner affairs committee Abdulqader Al-Murtada said they are ready to negotiate a large prisoner swap, including leaders, amid absence of the UN role in this file.

We are ready to release Nasser Mansour Hadi, the brother of the president, and Mahmoud Al-Subaihi, the former minister of defence, if the other side has power to do such a deal, he said.

Recently, Al-Murtada accused Saudi Arabia which leads a military campaign in Yemen of obstructing swaps of 400 prisoners with the government seven times.

On Friday, the two sides exchanged 12 war prisoners and the bodies of 46 fighters in Dhale province.

The spokesperson for the Dhale military command of the southern transitional council Fuad Jubari said the exchanged prisoners included 6 members of troops stationed in the district of Murays and 24 bodies of their fighters.

6 Houthi prisoners and 22 bodies were released, he said, adding that the swap occurred through local mediators.