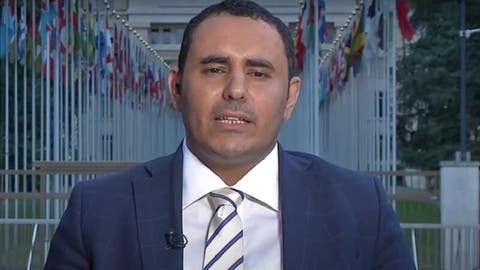 Riyadh (Debriefer) - The Yemeni official government called on the Houthi group to avoid lying about prisoner issue and releasing fruitless remarks.
The Houthis "should be honest with themselves first," a member of the government team tasked with negotiations on prisoner file has tweeted.
"There is the pact that was signed in Amman," Majid Fadhaiel added. "This pact is still valid, its first stage was already implemented and there is still only its second phase."
Under the second phase, 301 prisoners would be freed, so the Houthis need to "prove their willingness [to accomplish the deal] beyond propaganda," he said.
The government official's remarks come in response to Houthi calls for a massive deal to swap all the prisoners between the two parties.
The government welcomes any serious efforts or initiatives leading to an immediate release of all the abductees and captives, beyond any propaganda, Fadhaiel added.
A massive swap should be preceded by application of the already signed deal, and should include the four prisoners, whose release was stated in a UNSC resolution. "Then priority should be given for the eldest, journalists and sick" detainees."