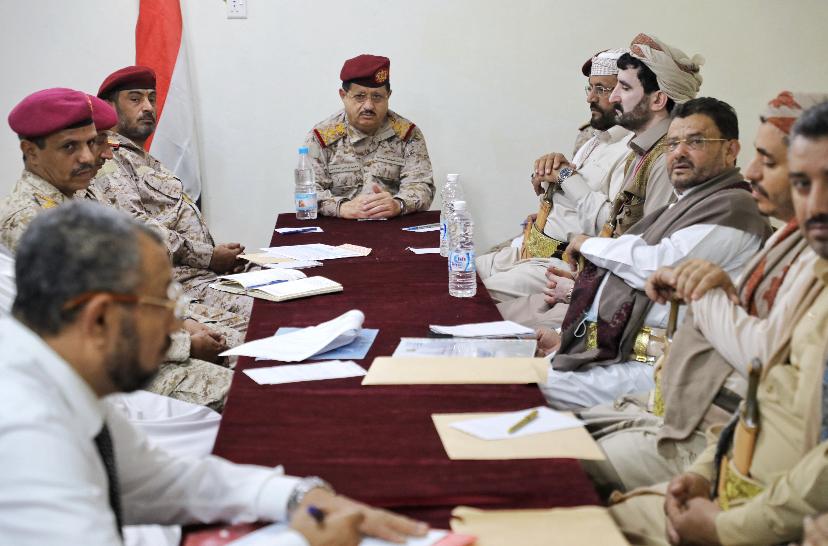 Marib (Debriefer) - The Yemeni people cannot remain hostage in the hand of Iran and the Houthis and national values can never be abandoned, the Yemeni defense minister said Saturday.
"It's the sacrifices made by heroes of the armed forces and resistance in fighting fields.. that can rely on to achieve win and free the nation and people from rebellion and terrorism," Gen Mohamed Maqdashi added at meeting with army leaders and Marib, Sana'a and Rayma governors in Marib city.
The meeting addressed "crimes and violations committed by the Houthi group against civilians and IDPs by persistently targeting populated areas with ballistic missiles and drones," according to the Riyadh-based Saba.