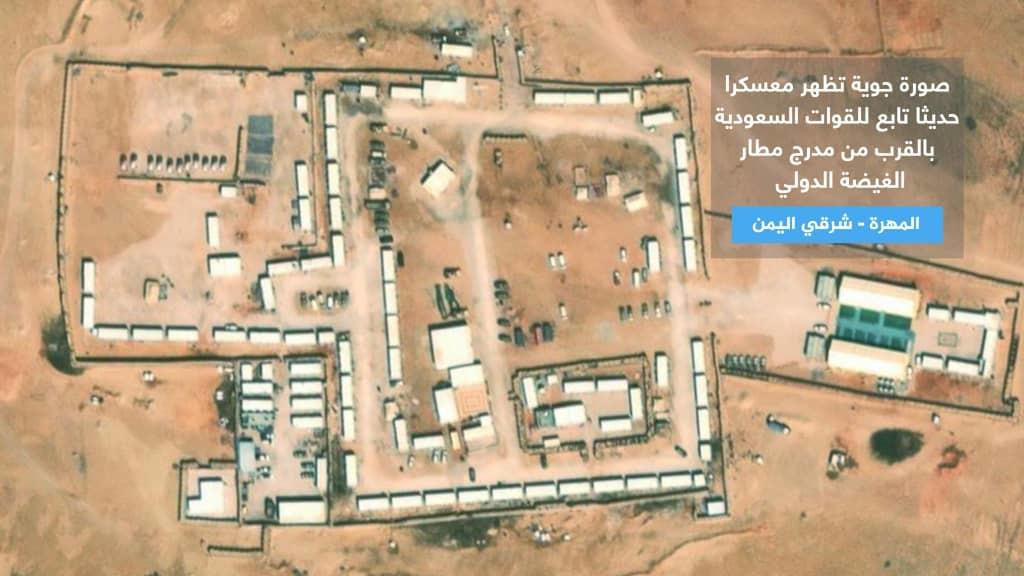 SANAA (Debriefer)--The Ansar Allah group, known as the Houthis, on Monday condemned the construction of new Saudi military sites and installations near Al-Ghaydah Airport in Yemen's eastern province of Mahrah.

Ali Hussein Al-Faraji, Mahrah governor appointed by the group, condemned abusive Saudi practices against the Yemeni people in the province, including hunting and imprisoning anti-occupation figures.

He warned of crimes, looting national resources and disruption of services by Saudi Arabia and its instruments, saying such acts are considered interference in Yemen's internal affairs.

He called on the international community and human rights organisations to condemn these crimes and the local tribes to unite and face projects aimed at destabilising the country and violating the national sovereignty.

Photos have been circulated by media outlets of the new military sites near the airport, showing helicopters of the Saudi ground forces.