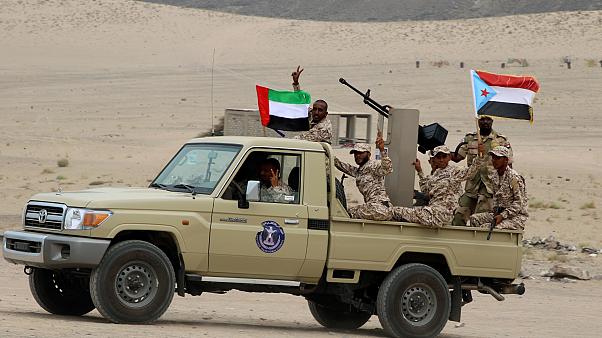 Aden (Debriefer) - Emirati-backed Security Belt (SB) forces on Wednesday stormed into the house of the Yemeni ambassador for Bahrain in the southern port city of Aden, local sources said.
Backed by armored vehicles, gunmen affiliated to the Southern Transitional Council (STC) took control of Ali Hassan al-Ahmadi's farm and house after limited clashes with guards in the Yemeni interim capital, the sources added.
No immediate statement has been released by the Yemeni official government or Aden local authority on the incident.
Ambassador Ahmadi occupied several official posts including the director of national security bureau since 2012 until 2018 when the general was appointed as envoy to Bahrain.