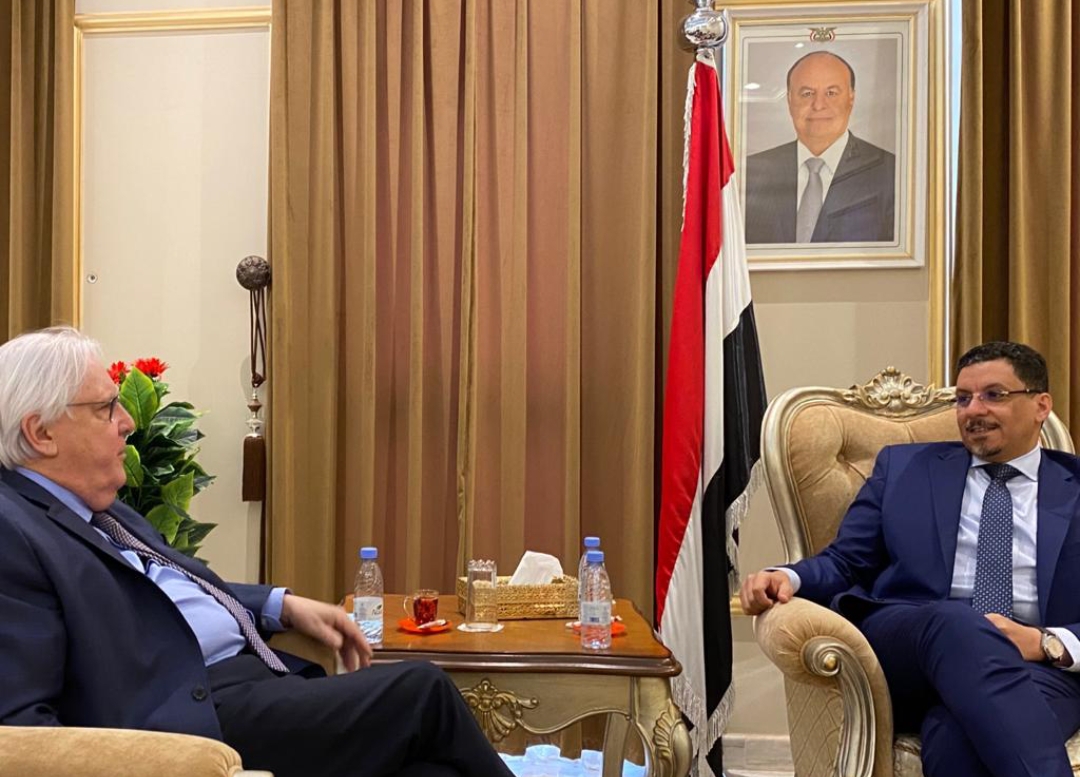 Riyadh (Debriefer) - The Yemeni foreign minister on Thursday reiterated his government's constant commitment to supporting all peace efforts and positive reaction to all UN, international and regional initiatives aimed to revive political process according to the 3 terms of reference.
The UN and international community need to take new course in dealing with the Houthi group, FM Ahmed Bin Mubarak said at meeting with UN envoy for Yemen, in hope the group would quit war approach.
The Yemeni legitimate government has always pressed for peace as the most suitable option to end the country's worsening humanitarian tragedy and to stop bloodshed, the Yemeni top diplomat added.
The UN envoy, Martin Griffiths, said a negotiated political settlement would restore normalization and, thus, would put an end to war leading to sustainable peace for all the Yemenis.
Despite the many initiatives, the UN and its special envoy failed to persuade the Yemeni rivals into a solution for the 6-year-old war.