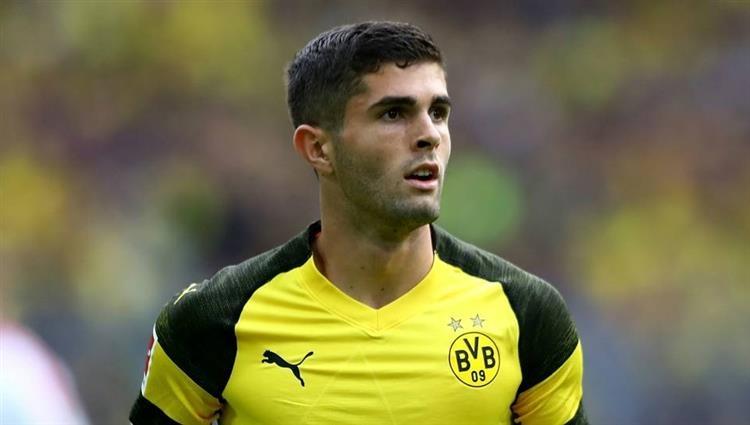 Unable to agree new terms with the attacking midfielder, BVB felt that the deal offered by the Blues was one they could not afford to turn down
Christian Pulisic is joining Chelsea in a £58 million (€64m/$73m) deal that will see him loaned back to Dortmund for the remainder of the 2018-19 season.

The USA international has impressed since making the breakthrough for the Bundesliga side during the 2015-16 campaign and has since made 115 appearances for the first team, scoring 15 goals and creating another 24.

He has, however, struggled to hold down a regular starting place in Lucien Favre's side that have charged to the top of the league standings this season, opening a six-point gap to Bayern Munich.

Indeed, the 20-year-old has featured only four times from the beginning of matches in the league, with his last start coming on September 29.

With the player unable to agree new terms with the club on a deal that would have expired in 2020, BVB were content to allow him to leave.

"It was always Christian's dream to play in the Premier League. That certainly has to do with his American background, and as a result we were unable to extend his contract," BVB sporting director Michael Zorc told the club's official website.

"Against this background, we have decided to accept an extremely lucrative bid by Chelsea, given the low contract maturity."

Zorc holds no fears that the youngster will allow his level to drop in the coming months, despite his big move being secured.

"He's a player of perfect character," he added. "I am sure that in the coming months he will do everything in his power to bring his high quality to the team and to achieve his sporting goals with his Borussia Dortmund team-mates."

Commenting on the move, Chelsea director Marina Granovskaia told the Blues' official club website: "We are delighted to have signed one of Europe’s most sought-after young players.

"Christian has shown his quality during a fantastic spell in Germany and at just 20, we believe he has the potential to become an important Chelsea player for many years to come.

"We look forward to welcoming him to Stamford Bridge in the summer and wish him and Dortmund every success for the remainder of the season."

As revealed by Goal, Pulisic is a player that the Blues have been tracking for several months amid concerns over the future of star man Eden Hazard, who continues to be linked with Real Madrid.

The club are keen to tie the Belgian down to a new deal and make him the highest-paid player in their history, although he is yet to sign on the dotted line and has consistently stated his dream of featuring for the Liga giants.

Maurizio Sarri's side were also monitoring the progress of Lyon's Nabil Fekir and Barcelona's Ousmane Dembele as a potential replacement for the Belgium star.

Paris Saint-Germain and Liverpool were two of the other clubs looking at Pulisic, but the Reds dropped their interest at the end of November.