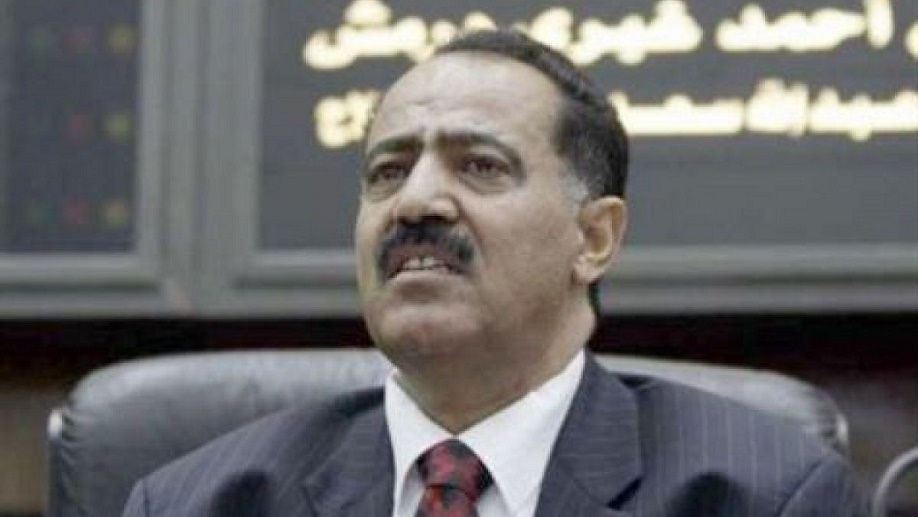 High-rank confirmable sources have told Debriefer that Houthi group was exerting pressures on the Yemeni Parliament's Speaker, Yahiya al-Raa'i, to leave the country in a bid to pull the rug out from under feet of the Yemeni President's, Abd Rabbu Mansour Hadi, who seeks to hold control over the legislative body.

Residing in the rebel-held capital of Sana'a, Mr. Raa'i is still reluctant to leave Yemen for several reasons, despite huge pressures by the group's leadership, according to sources.

Three sources spoke separately to the international Debriefer news agency on condition of anonymity, for security reasons; the one is a Houthi leader, the second close to leadership of the General People's Congress enjoying absolute majority in the Parliament, and the other is close to President Hadi office. 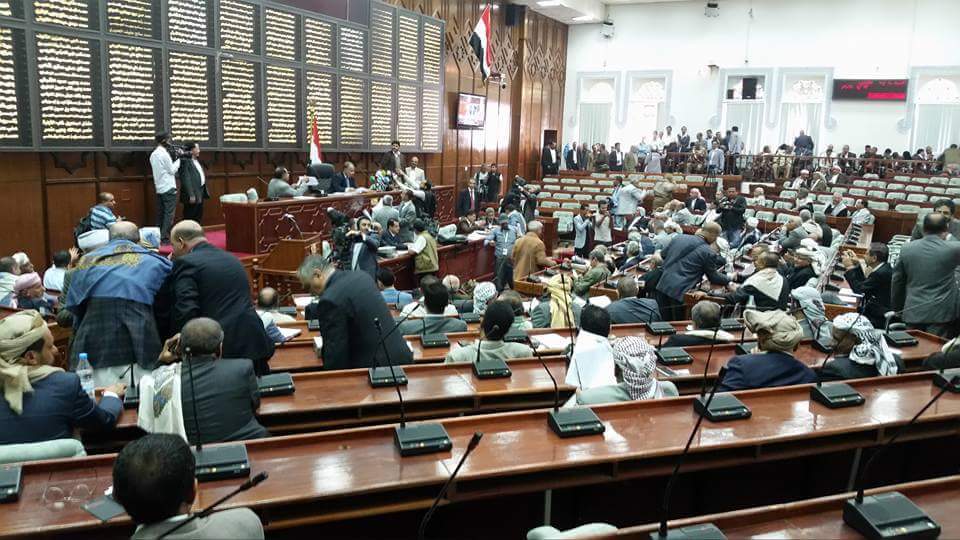 By having Raa'i abroad, "Houthis seek to keep the GPC's prominent leader as Parliament Speaker, or at least hinder efforts by Hadi and Saudi-led coalition aimed at taking over the legislature, most members of which have already left the country, particularly those representing districts under Houthi control," said the sources.

The Yemeni Parliament has been experiencing division since the beginning of war in the Arabian Peninsula country, with most of its members in Houthi-held areas holding semi-regular sessions in Sana'a, including Speaker Raa'i. But their number has increasingly declined following former president Ali Abdullah Saleh's murder in his house by Houthis on the 4th of December, 2017, two days after he declared his GPC party's disconnection from partnership with Houthis and called for uprising against the group.

Thus, it became impossible for Yemeni Parliament to meet in Sana'a for lack of quorum needed, and departure of MPs has enabled Yemeni legitimate government and Arab coalition to magnetize great deal of them and to hold session with the required quorum. This, however, is still facing many obstacles.

Under Yemeni constitution, Parliament session needs more than 135 members to be present, or more than half of the 269 members alive and able to attend. The Yemeni Parliament consists of 301 MPs in total, but 32 are dead or disabled.

Yemen has been racked by an armed conflict that broke out after the Iran-backed Houthis had ousted the internationally recognized government late in 2014. The conflict escalated after a Saudi-led coalition intervened militarily in the country in March 2015 to reinstate the government of President Hadi, leaving tens of thousands killed, hundreds of thousands injured, and 3 million displaced and pushing the country to the world's worst humanitarian crisis. 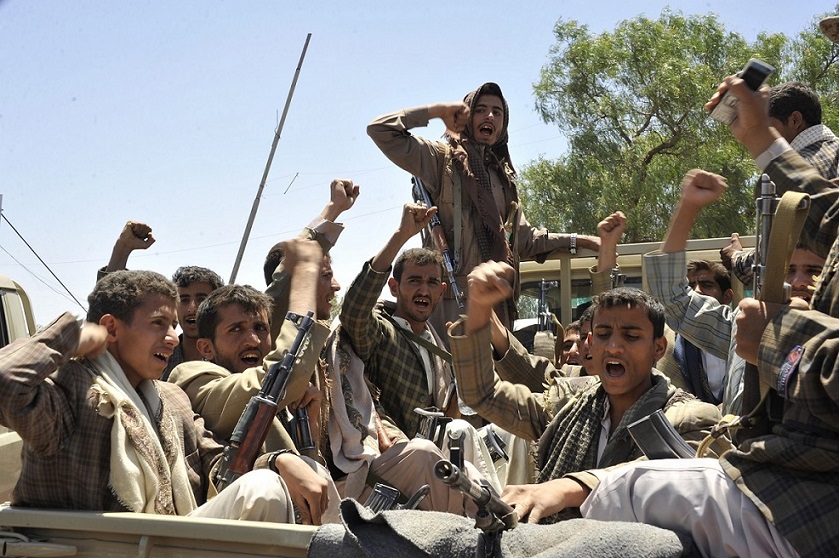 Houthis have been holding some GPC's leading members under house arrest, listing anyone that flees areas under their control as an enemy and loyal to "aggression", in reference to Hadi government and Arab coalition.

The situation for Speaker Raa'i, however, has completely changed. After he and his family were under Houthi house arrest and tightened guard, the same group is now pressing for his departure, but with certain conditions.

On such change in Houthi mind, leader in the group told Debriefer that most rebel leaders are now convinced of proposals by some GPC's members on the need for Raa'i to go abroad in order to sustain his position as the Speaker, pulling the rug out from under Hadi's feet.

Houthis, said the source, "prefer keeping Raa'i as Speaker to letting the post for another person directed by Hadi," whom the group does not recognize as president for Yemen, accusing him of high treason and labeling him as a doll in Saudis' hand.

The group "acts on the principle that 'better some than all of the harm' and intends to hinder Hadi's and coalition's efforts to control the Parliament. If the House could not agree to keep Raa'i as Speaker, at least electing a new chairman controlled by Hadi would be impeded."

Houthi leading member added that his movement had put certain conditions for Speaker to leave the country, although he is loyal neither to Hadi nor to Saudi-led coalition. "Raa'i in return has given his own conditions" to Houthis.

"Some prominent leaders in the group oppose Speaker's departure, lest the situation reverses" against them, the Houthi source added citing an example of some of their officials who fled Houthi grip and joined Hadi gov't.

He stated that directives by the Houthi leader, Abdulmalik al-Houthi, largely alleviated critical objections, as the leader supports the proposed departure of Speaker. 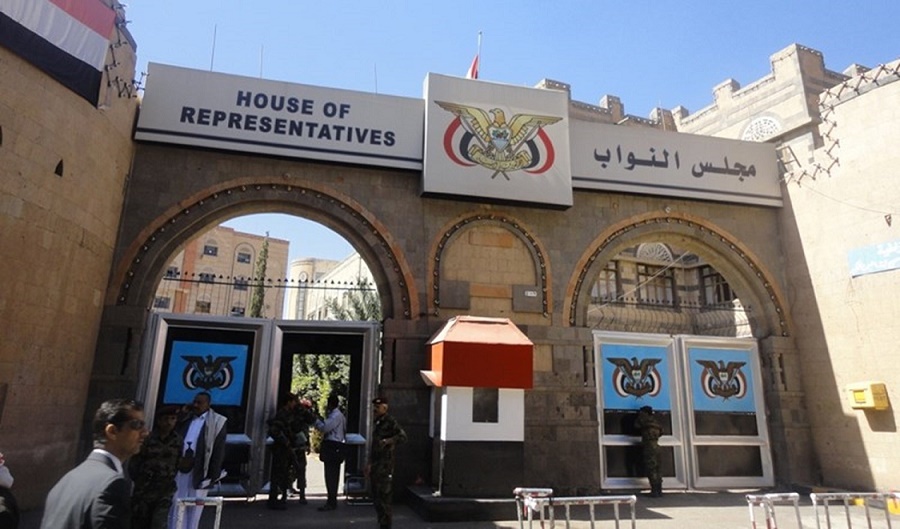 Houthi pressures and moves come after President Hadi met last Thursday in Riyadh with a large number of Yemeni MPs for the first time in 4 years, in an attempt to secure quorum and elect the loyalist Mohammed al-Shadadi as new Speaker.

A source at the Yemeni Parliament told Debriefer at time that the meeting was preceded by Riyadh-led efforts to magnetize Yemeni MPs, particularly those fled following Saleh's death.

According to the parliamentary source, last Saturday and Sunday saw understanding meetings held by parliamentary blocks' leaders, but failed to elect new speaker, as most of GPC MPs refused Hadi attempts to impose Shadadi as speaker.

Hadi hopes, through holding a parliament session, to gain the council's support to stay in office for another transitional term that would provide him with constitutional legitimacy.

Under Yemeni Constitution, President Hadi needs consent of the two-third majority of the Parliament to move the legislative body from Sana'a to Aden and to elect new speakership.

Speaker Raa'i is still so far reluctant to leave Yemen because of Houthi conditions, despite some understandings reached by both sides, informed sources told Debriefer.

Houthi conspicuous leaders, at top of whom Mohammed Ali al-Houthi head of the rebels' Supreme Revolutionary Committee, met repeatedly in the few days ago with Parliament Speaker to persuade him to leave, using the carrot and stick approach, apart from imposing conditions, said the sources.

A source close to GPC's leadership expressed surprise at Houthis' dealing with the issue; "they want Raa'i leave to maintain post as Speaker but also put several difficult conditions on his travel and movements. This made him refuse departure in general, and prefer stay in Sana'a." 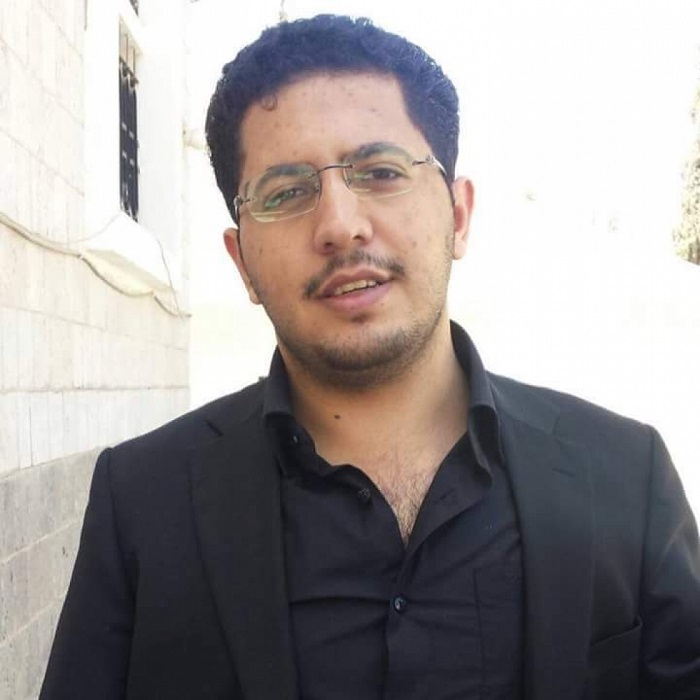 "Speaker cannot head for Riyadh, as he is targeted by the Kingdom that was behind the loss of his son," sources told Debriefer recalling occasions at which Raa'i himself was the target of Saudi-led coalition's strikes, most serious the one on his house in his homeland in October 2015 that killed his son and injured another.

The GPC source believes that Mr. Raa'i would play a focal role in the next period in terms of establishing peace in a country suffering some four years of devastating war, noting that the idea of Speaker's departure came originally from some GPC's leaders living abroad.

Identical sources told Debriefer about understandings reached by Raa'i and Houthis and conditions put by both.

The most important of those understandings, according to sources, are that Raa'i would "act as neutral party not subject to dictations and instructions by Hadi or Saudi-led coalition, stay Speaker of Parliament whose work would be limited to legislative matters only, not to hold sessions in Saudi Arabia or other state of the coalition, not to intervene in negotiations between political parties, and to allow for other MPs still at home to leave the country."

Understandings also included that all Raa'i movements would be under UN, but not legitimate gov't or coalition, safeguard and he would adopt no stance or provoke against Houthis, either by statements or by mobilizing tribesmen to fight the rebels.

"Both sides agreed that departure of the Speaker would by arranged through the UN to a European country, probably Norway or France, under any pretext," the sources added, "most likely for medical treatment, especially as he suffers from many diseases."

"After his trip to Europe, Raa'i would then travel to the Egyptian capital, Cairo, to start preparing for parliament sessions in suitable place according to consultations that would be held after his departure from Yemen.

"Houthi group has already started coordination with the United Nations and envoy for Yemen, Martin Griffiths, to secure Speaker's move abroad and protect him in all his movements. The UN envoy expressed willingness to cooperate in this regard.

"Such understandings and conditions may undergo changes during the next hours or days, as Raa'i and Houthis are continuing talks to reach other understandings." 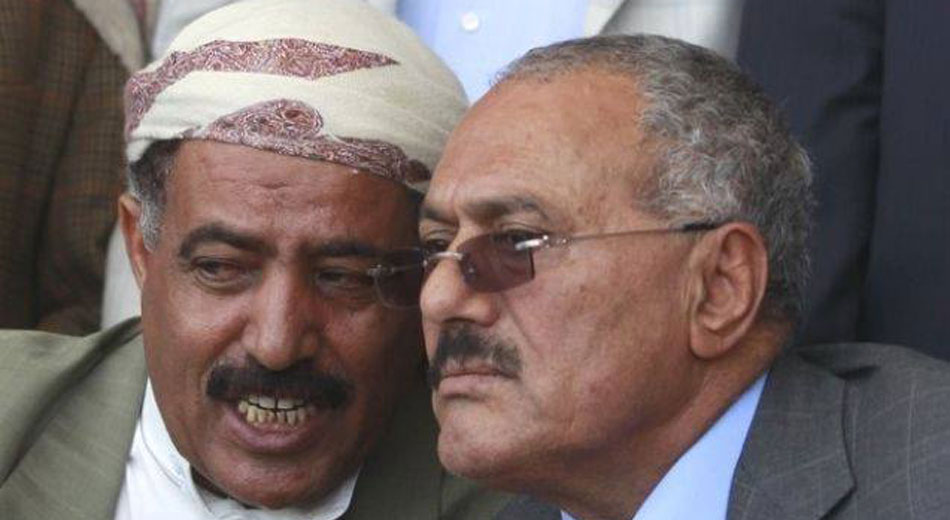 Despite these understandings, Houthi conditions still pose hindrance for Speaker's departure, in addition to Houthi refusal of Raa'i conditions or requests.

Houthis asked that the Speaker should leave alone, with no one of his family, a source told Debriefer, but "Raa'i insists to be accompanied by all his family members and other people close to him. He also asked that none of relatives or those close to him, or his or their properties may be harmed.

"Houthis, amid Raa'i insistence, lessened this conditions and offered that some of his relatives would go with him and others would stay in Sana'a, but he can take them later in case he comes back to and re-leaves Yemen. He also rejected this offer too.

"Houthis also required that the Speaker, while abroad, may only move after prior permit from the group in Sana'a, but he refused," added the source noting that Houthis were using carrot and stick approach to convince the man, without further details on such approach excepting for signaling at "Raa'i previous practices". 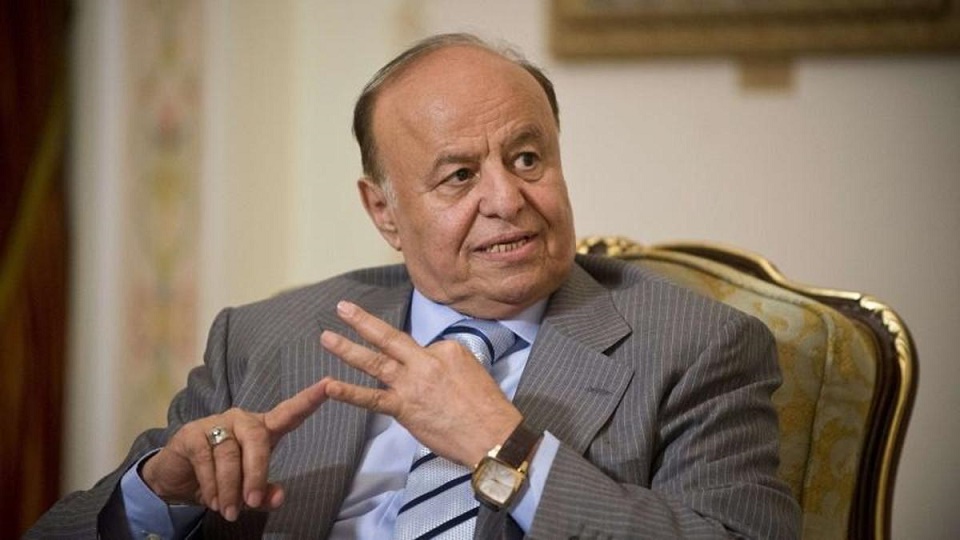 Hadi does not Want Raa'i

On the other side, one of Hadi inners told Debriefer that the Yemeni President seeks to exclude Raa'i from speakership and replace him with Shadadi.

"Most of GPC and Islah MPs, especially those representing northern district, exploited Hadi's insistence on Shadadi to refuse electing the man, who comes from the same governorate of Abyan as Hadi, as new speaker," said the source.

"Hadi does not have many supporters in the Parliament, unlike Saleh, so he would seek to leave the council idle if he could not control its speakership." 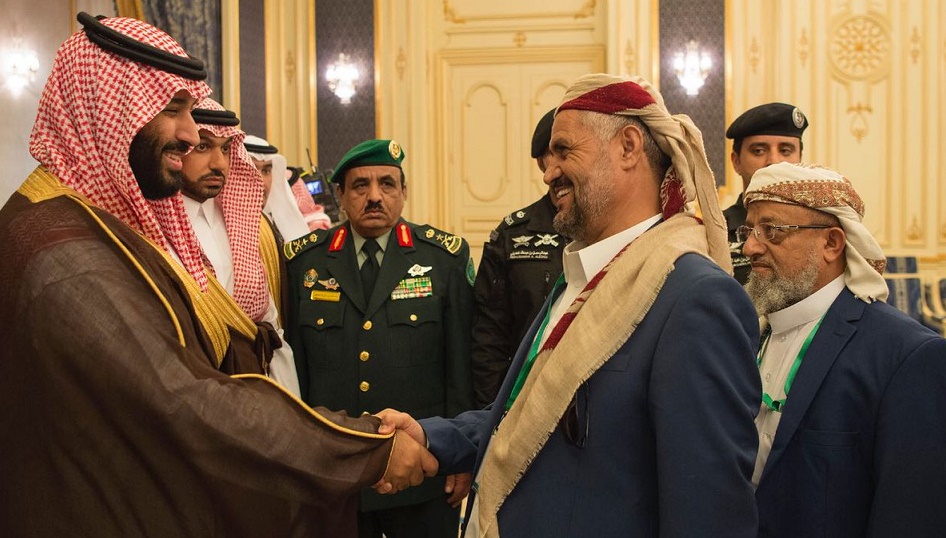 Hadi government's inner stated that coalition's members were aware of the Parliament importance and influence on the superpowers.

"The Saudi-led coalition may reluctantly accept Raa'i stay as speaker, but on condition that the Parliament's positions should keep in harmony with stances of the coalition that seeks to continue war on Houthis in Yemen," said the source.

Though the Islamic party supports Hadi's legitimacy, most of its MPs reject to elect Shadadi as speaker, supporting GPC block that refused to have the president and parliament speaker from the same southern province and demanded that the speaker should be from northern Yemen.
"This was like a slap by Islah to Hadi," parliamentary source based in Riyadh told Debriefer.

But Islah position towards Raa'i continuation as speaker, in case of his departure, is still ambiguous so far, as the party has not shown official or other stand. 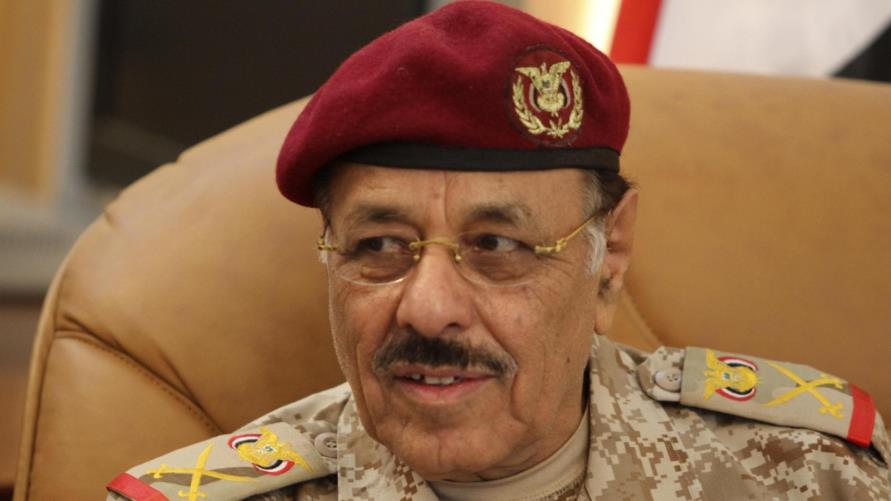 Some of Islah leaders do not want Raa'i to stay as the speaker, a stance supported by the Yemeni Vice-president Ali Muhsin al-Ahmar, informed source at the party told Debriefer.

"General Ahmar, who was one of Saleh regime pillars, had bad relations with Raa'i until few last years, with Ahmar once threatened Raa'i of death," said the source.

Mr. Ahmar fears future developments, in case of Hadi's death, particularly as the President suffers from serious health problems. Yemeni constitution stipulates the president, in case of his death, to be replaced by speaker of the parliament for transitional period during which a new president should be elected.

Amid such movements and developments, Yemeni people still lives under the yoke of a war no one knows when it would end, as it has driven the country to the world's worst humanitarian crisis, according to the UN, with more than two thirds of the 28-million population in need for a type of humanitarian aid and immediate protection, including 8.4 million people unsure how to get next meal, and some 2 million children suffering severe shortage of nutrition.