Hadi' PM : "Handing over the Houthis ports to themselves is unacceptable" 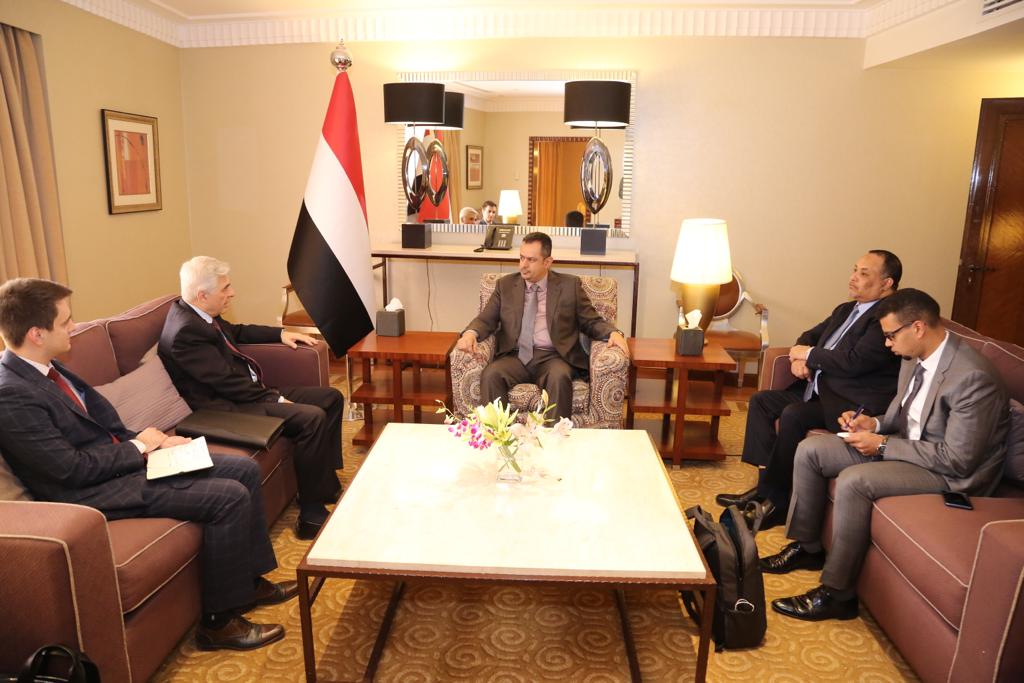 The Prime minister of the "legitimate" Yemeni government, Dr. Ma'een Abdulmalik that Houthi play of handing over the ports to themselves before the envoy of the United Nations and the head of the UN Redeployment Committee is not acceptable act and clearly contradicts Stockholm agreement.

that the job of the UN envoy and the head of redeployment committee is implementing UN resolutions and signed agreements not welcoming unilateral steps for prolonging the war against Yemeni people.

The Yemeni internationally-recognized government said Thursday it rejects the UN management of the Hodeida three ports, after it strongly criticized on Wednesday the UN envoy's briefing to the Security Council.

The Yemeni government has repeatedly said the triple-machine adopted by the Hodeida Redeployment Coordination Committee means any withdrawal should be verified by all; the government, UN and Houthis.

"The meeting dealt with recent development on implementing Stockholm agreement on Hodeida after five months of signing it and Houthi militia delay in implementing it, as well as the comic announcement of unilateral withdrawal from Hodeida ports and handing them over to other elements from their group.", the agency reported.