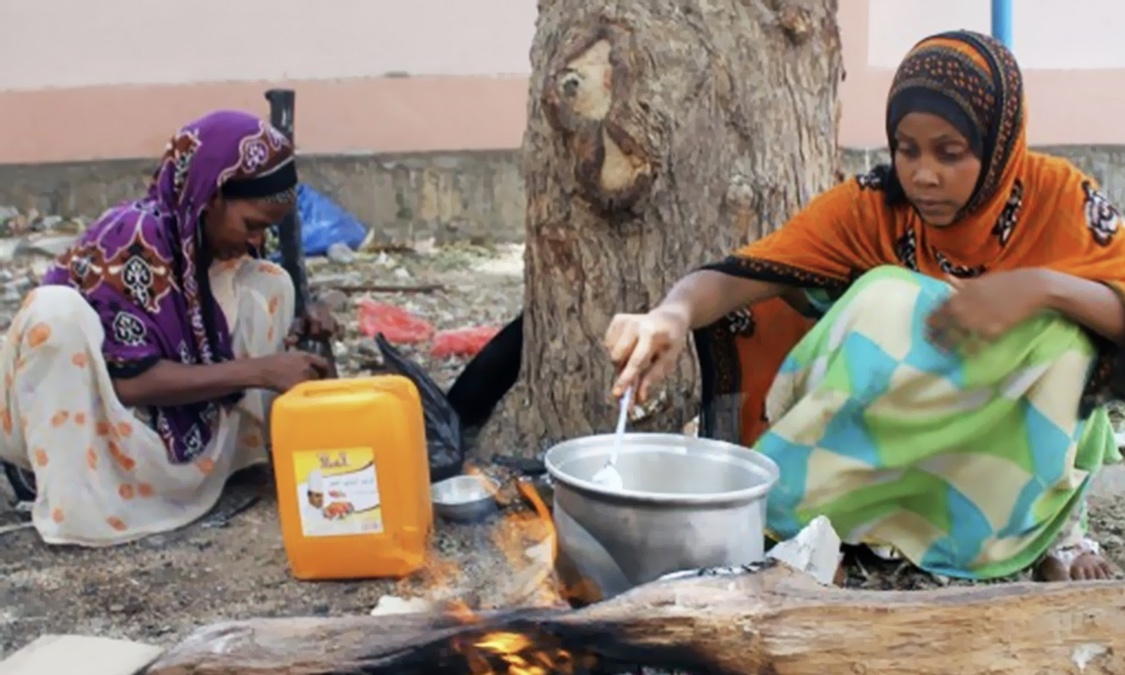 The Economic Committee of the Yemen's internationally-recognized government has accused the Houthis group (Ansar Allah) of insisting on pushing the national economy in Yemen towards total collapse because of its practice of "absurdity" against the financial institutions and professional associations in order to achieve the interests of the group.

The committee said in a statement:"The Houthi militias insist on exploiting the economic and financial situation of the needy population in the areas under their control in northern Yemen and speculate on the currency in the market and cause the return of the collapse of the value of the local currency."

The statement, published by Aden-based Yemeni news agency (Saba) affirmes that the Houthis "insist on dragging the economy to the stage of total collapse, and pressure on all financial institutions and professional associations dealing with the power of arms and under the threat of security to justify their actions and serve their interests."

The Committee stated that the Houthi group is working to employ the collapse of the local currency to implement its basic plan of trading and political bidding for the suffering of citizens in front of the international community and humanitarian organizations and to hold the government and the Arab coalition responsible for the deterioration of the humanitarian situation resulting from it.

The Committee also blamed the Houthis group for the collapse of the value of the national currency and the resulting suffering of the citizens in the areas under their control.

The statement reiterated the economic committee's insistence on the continuation of the Central Bank of Yemen, based in the interim capital Aden, will continue providing foreign currency to meet the need to import foodstuffs and fuel for all traders.

The Commission also called upon the international community, the United Nations and all its agencies to assume their responsibility to force the Houthis to stop the political exploitation of human suffering caused by the collapse of the currency and national value and to hold them accountable.

Yemen has been divided following the bloody conflict between the Yemeni government's forces, backed by a Saudi-led coalition, and the Iranian-backed Houthi rebels who ousted the government in 2014.

After Hadi decision to move the CBY in September 2016, the banking sector failed in mess, with Houthis rejecting the move leading to two central banks in the Arab poorest country.

In addition to the suspension of salaries of about one million government employees.

Before the Yemeni central bank was transferred to Aden, salaries were being paid to all employees of the state administrative apparatus in all governorates. But President Hadi's government avoided paying salaries to all employees when it decided to move the bank.

The Central Bank of Aden, southern Yemen, has taken a series of strong measures and decisions which it said were aimed at regaining control over monetary policies and restoring the financial cycle.

The economic measures taken by the Yemeni government represented by the Economic Committee and the Central Bank of Yemen in Aden have angered the group of Houthis, who felt that they were being harassed, especially by accusing them of smuggling Iranian oil and money through banks in Sana'a.

This prompted the Houthis group (Ansar Allah) recently to intensify its pressure on the United Nations to force it to pressure the "legitimate" government to stop the measures of the YCB in Aden, according to observers and economic analysts.

For its part, the Houthis group accuses the Yemeni "legitimate" government of practices that harm the national economy and do not serve it.

The economic committee of the Houthi authorities threatened that it would take escalating and painful steps against the actions of the YCB in Aden.

A source in the economic committee of the Houthis said on May 12, the Committee has completed the study of options for response in the economic tracks and has been lifted to the political leadership in Sanaa waiting for guidance to implement the options are large and disturbing if the failure is the result of Jordan's economic talks between the parties to the conflict, which took place in the Jordanian capital Amman.

And within its commitment to the instructions of the Houthis, the Commercial banks operating in Sana'a and areas controlled by the Houthis recently refused to implement the Saudi bank-backed credit facility through the YCB of Aden, which allows the importation of foodstuffs at reduced prices, which will negatively affect the prices of these items and the amount of food stocks in areas under the control of the Houthis.

The "legitimate" government's economic committee said in  the statement on Tuesday that "it was confirmed to all that the cases of currency recovery for part of their value collapsed in all regions was the result of the intervention of theYCB by various monetary and technical means, and that cases of high foreign exchange rates, especially in areas under the Houthis more than prices in the liberated areas during the past weeks is a good evidence of those efforts of the government. "

The letter of the Association of Yemeni Banks to the Special Envoy of the Secretary-General of the United Nations to Yemen, Martin Griffiths, revealed the disastrous information and facts threatening the banking sector in Yemen.

The letter sent by the Association of Yemeni Banks on May 2 to the UN envoy confirmed that there are bstacles and difficulties and serious challenges against the banking sector, which threatens the risk of complete collapse, which will reflect the disastrous impact on the work of the banking system at home and abroad.

In its lengthy letter, the Association of Yemeni Banks submitted a complaint to the UN Envoy regarding the exposure of commercial banks in relation to the mechanism for covering documentary credits for the importation of commodities approved by the YCB of Aden.

In its letter, the association carried out measures to transfer the YCB to Aden responsibility in the beginning of the banking sector to suffer a series of suffering and the consequent aggravation of the crisis of liquidity in the country and contributed to the weakness of banks ability to cope with the repercussions of the war on the banking sector.

Yemen imports more than 90 percent of its food needs, including most of its needs of wheat and all needs of rice.

The private sector in Yemen warned of an imminent collapse of markets across the country's governorates and the depletion of food stocks if the economic file continues to be involved in the political and military conflicts and ongoing war in Yemen for the fifth year in a row.

A joint statement issued by the Yemeni Federation of Chambers of Commerce and Industry and the Chamber of Commerce and Industry in the capital of Sana'a in mid-May: "We raise the alarm and confirm that the integration of the economic side in the conflict in the country, will eliminate the rest of the private sector and markets will collapse and there will be shortages of food stocks and will enter the homeland in a stifling economic crisis, adding millions of Yemenis to the brink of hunger and will exacerbate the state of need and turn Yemen into a aid food basket project."

The statement was also considered "the suspension of the opening of letters of credit from the YCB in Aden on terms of cash supply to 50 percent of the value of the credit in Aden is not applicable to reality. The logical and natural supply of cash is to commercial banks according to consumption and according to the activity of traders in the Yemeni governorates in general duties of the central bank to support the local currency and stability of the market and the return of the natural banking cycle and dealing with checks.

The beginning of the crisis

The real crisis began between the financial institutions of the "legitimate" government in Aden and the institutions controlled by the Houthis in Sana'a after the "legitimate"government announced the resumption of financing of imports of commodities in September 2018, benefiting from a Saudi deposit of two billion dollars and linking the process of opening credits to the central bank of the government.

The YCB in Aden for nine months, provides the hard currency of the credits at a reduced price on the market to cover imports of basic materials. The Bank opened up to $ 200,000 to suppliers of major commodities (wheat, maize, rice, flour, sugar, baby milk, cooking oil) provided they supply the value to the bank's headquarters in Aden in local currency and official pricing.

Commercial banks play the role of intermediary for commercial companies, which transfer the value of imports in local currency to the YCB in Aden, which in turn covers the value of the US currency.

However, the banks have stopped since March 10 to accept the requests of traders and stopped entry into the requests to cover documentary credits announced by the YCB in Aden to cover the import of goods.

The YCB in Aden has set the price of imported goods at the same official price since the beginning of December last year at 440 Yemeni riyals per dollar, but the parallel market reached about 530 riyals at the moment.

The YCB in Aden controls 95 percent of the banking business and has a Swift Code system for remittances and the right to manage cash reserves abroad. It also controls documentary credits by 100 percent, but the Houthis want to grab 50 percent of the funds, which threatens to disrupt fuel imports.