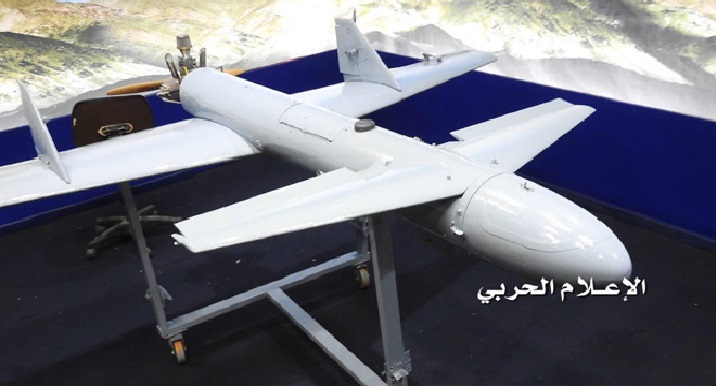 Iran kept its technology to itself until a few years ago, when the rival Islamic State, or ISIS, started gaining territory nearby, NPR website quoted Nick Waters, a researcher with the UK-based online investigative group Bellingcat who has been tracking conflict in Yemen, as saying.

"The rise of ISIS in Syria and Iraq was really the main driver behind Iran starting to deploy its drone outside of its borders," says Ariane Tebatabai, a political scientist at Rand Corp.

If I want to start a rebellion or form my own small militia, one of the things I will do is buying a UAV, he added.

Another expert, but at the Group Crisis, Ali Vaez said exporting the cheap UAVs is exactly the type of thing in which Iran excels.

These drones fit well with the nation's overall defensive strategy: using asymmetric warfare and proxy groups to take on its enemies far from its own borders. He is not surprised by recent evidence that Iran is sharing not just its drones, but also drone technologies, so that partner groups, such as the Houthis in Yemen, can build their own drones.

Last weeks, Houthis have intensified their drone attacks on Saudi targets, including two Saudi oil pumping stations that were attacked in Riyadh region, and the Iranian-backed rebels claimed responsibility, saying they were in response to coalition airstrikes on Yemeni civilians and infrastructure.

The coalition retaliated with new strikes on Houthi military site in Sana'a, some of which hit residential buildings and left civilian casualties.

"The Iranian mentality is generally that instead of giving fish to your partners and proxies in the region, you should teach them how to do fishing," Vaez says.

Heras, with the Center for a New American Security in Washington, agrees: "These drones are meant to almost be the AK-47 of drones. They're easy to put together, they're easy to guide, and they have an effect on the battlefield.

"They're meant to sow terror in opponents and also to demonstrate that Iran and its proxy network can strike its opponents anywhere," he added.

Last Sunday, a Houthi leader said their intensified attacks are in response to coalition's scorning the peace initiative presented by the Iranian-backed group.

Mohamed Ali al-Houthi, member of the rebels' Supreme Political Council, denied the Saudi accusations that his group's attacks launched under orders from Iran.

Houthi group is independent in its decisions and affiliated to no party, he claimed.

Last week, the group said its drones targeted the Saudi airport of Najran, but the coalition said they were downed.

The rebels has also threatened it was prepared to launch more "severe attacks", if the coalition continues its operations in Yemen.

Last week, Houthis said they have a "bank of 300 vital targets in Saudi Arabia and United Arab Emirates" leading the coalition in support of the internationally-recognized government of President Hadi.