100 thousand Yemeni children died of hunger: Save The Children 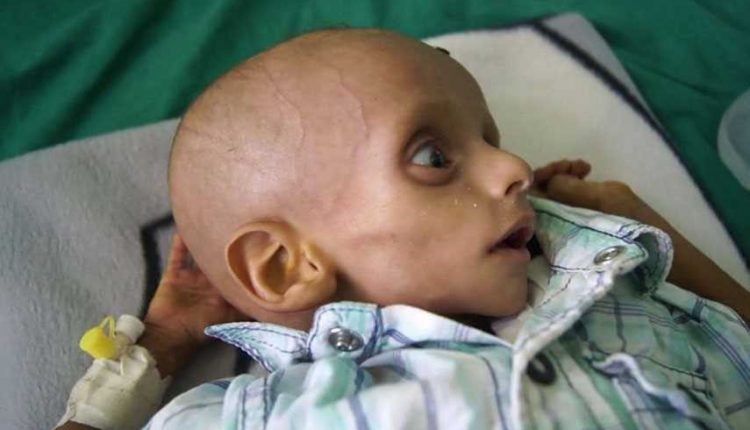 Some 100,000 under-five-year children in Yemen have been killed by severe hunger since the civil war outbreak, said Save The Children (STC) on Tuesday.

Efforts to end or abate impact of the 5-year bloody war in Yemen have been met with carelessness, and the result is that more than 100 thousand children died of hunger and malnutrition, said the British organization's executive at 'Strongest Women in Fortune'conference in London.

No one cares for Yemen, Hilly Thorning Schmidt added, bitterly criticizing all parties contributing to the continuing war in Yemen. Saudis, Iranian and Americans don't care, so who is responsible? The international community should do something.

Yemen has been racked by a 4-year bloody conflictbetween the internationally-recognized Yemeni government's forces, backed by a Saudi-led coalition, and the Iranian-backed Houthi rebels who ousted the government in 2014,triggering hard humanitarian conditions in already impoverished country.

STC chief blamed the "man-made" crisis in Yemen for her group's inability to deliver aid to the country, saying that suffering comes from the fact that medical supplies, medicines and food cannot be got in, with checkpoints even prolonging time of access to those in need.

Khadija al-Salamidisplayed also a 'Story of Three Children'documentary on conflict, depicting an 11-year-old Ahmed (one of the three children) as obsessed with arms, using an old rifle and pretending to fire at warplanes.

Over time, children change and become able to express their feelings, says the film.

On 15 May, the UNICEF Executive Director said "since the fighting in Yemen began four years ago, 7,300 children have been killed or seriously injured. These are verified numbers. The actual numbers are no doubt higher.

The fighting still rages across 30 active conflict zones – home to nearly 1.2 million children,Henrietta Fore added in her briefing to the UN Security Council.

"Each day, another eight children will be killed, injured or recruited to the fighting. Every 10 minutes, another child will die from a preventable cause.

"Like a lack of food, with 360,000 children suffering from severe malnutrition. In fact, half the children under five years old in Yemen –2.5 million – are stunted. And stunning is irreversible," according the UN official.

"More than two million children are out-of-school. And one in five schools have been damaged or destroyed in the fighting. A huge blow to their future potential," she added.