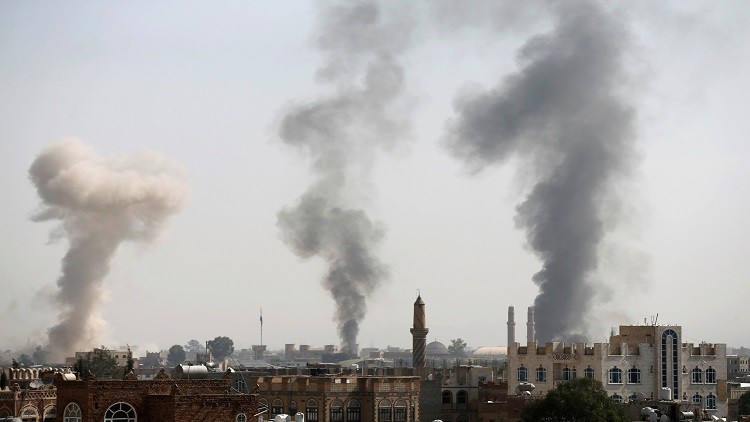 Warplanes of the Saudi-led coalition on Thursday launched intensified airstrikes on Yemen's capital Sana`a, which has been controlled by the Houthis since 2014, a day after the group attacked Saudi Abha airport with a cruise missile.

The coalition has been fighting in Yemen to restore the internationally recognized government since the Houthis ousted the government in late 2014.

In addition, it launched two airstrikes on the Dhubab Mountain in the district of Bani Hushaish in the countryside of Sanaa, the agency said.

26 civilians were injured in the Houthi attack on Abha Airport on Wednesday, according to a statement by the coalition, which has vowed to take stern action to deter the Houthi Group and hold those responsible for the terrorist attack to account.