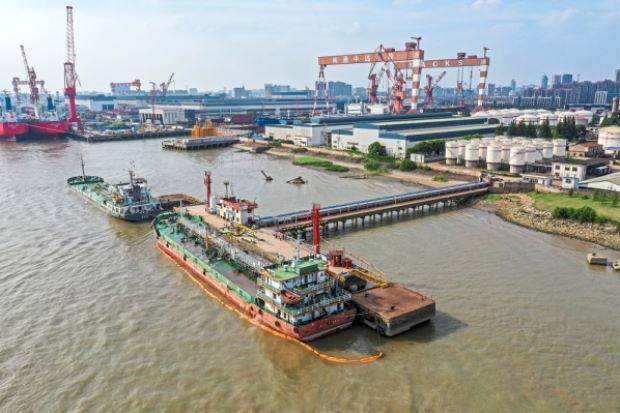 China will not jeopardize its energy security and will continue to import Iranian oil, a top diplomat said, rejecting the unilateral US crusade against the Islamic Republic at the expense of a cornerstone non-proliferation deal.

“We do not support the US policy of reducing Iran's oil exports to zero,” Fu Cong, director-general of the Chinese foreign ministry's department of arms control said in Vienna.

US will sanction any country that buys oil from Iran, no exemptions – special envoy

“We reject the unilateral imposition of sanctions,” the diplomat added, on the sidelines of talks aimed at preserving the Joint Comprehensive Plan of Action (JCPOA), from which the US withdrew last year.

China received deliveries of Iranian crude earlier this week for the first time since Washington revoked its sanctions waivers for eight importers of Tehran's oil last month. The US, which is waging a “maximum pressure” campaign to force Iran to renegotiate 2015 deal, made clear on Friday that its “zero tolerance” policy will stay and that any country that imports Iranian oil will be sanctioned.

China is one of the guarantors of the JCPOA agreement; Beijing will likely discuss Iranian crude imports during the much-anticipated meeting between President Xi Jinping and US President Donald Trump on the sidelines of the G20 summit in Osaka Japan, which has ongoing trade disputes at the center of the agenda.