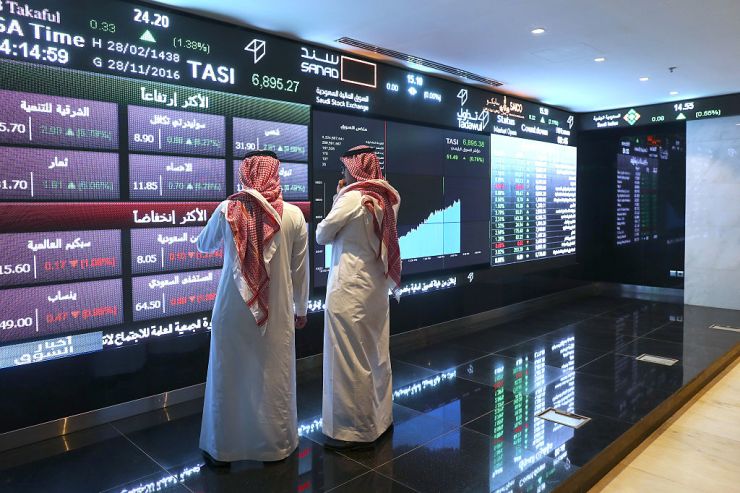 Saudi Arabia’s stock market fell on Tuesday after five days of gains, pressured by its financial stocks, while Kuwait continued to rise after MSCI announced it would upgrade Kuwaiti equities to its main emerging-markets index.

The Saudi index was down 0.1% with Arab National Bank dropping 1.1% and Samba Financial Group falling 0.6%.

The comes after five days of gains, and the index is still up 13% this year, led by foreign investors. Saudi exchange data released late on Monday showed foreigners bought a net 16.16 billion riyals ($4.31 billion) worth of Saudi stocks last month.

Three of five tranches of Saudi stocks have joined the FTSE emerging-market index this year and completed the first phase of joining the MSCI emerging-market benchmark in May. A second phase is due in August.

Kuwait’s index was up 0.4%, registering its fourth consecutive gain. Last week, index compiler MSCI said it would move Kuwaiti equities to its main emerging-markets index in 2020, a move that could trigger billions of dollars of inflows.

Middle Eastern funds plan to continue increasing their investments in Kuwait over the next three months, a Reuters poll found.

Qatar’s index edged down 0.1% after three sessions of gains, pressured by a 0.9% dip in petrochemical maker Industries Qatar and a 1.9% drop in Commercial Bank.

In Dubai, the index traded flat with Dubai Islamic Bank down 0.4% and Emaar Malls lower by 0.5%.