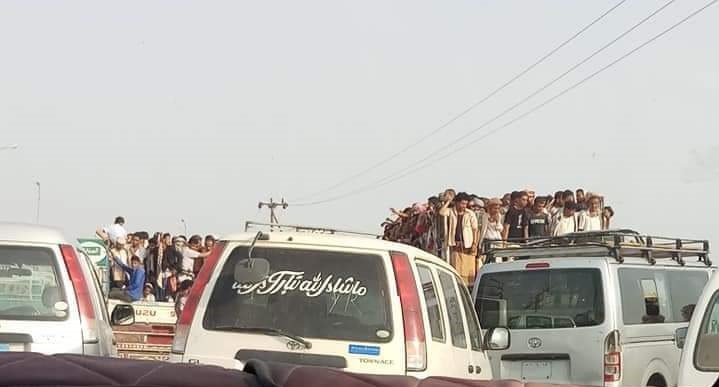 Saudi Arabia has been pressuring on the United Arab Emirates and Southern Transitional Council (STC) into stopping the deportation of Yemeni northerners from Aden and other southern provinces, informed source said Sunday.

The Saudi moves come after the Yemeni President Abd Rabbu Mansour Hadi had had contacts with senior officials in the kingdom and asked them to intervene, the source told Debriefer on condition of anonymity.

The Saudi officials promised Hadi to take immediate steps and stop the arrests and deportation campaign against northerners through pressures on the Emirati-backed STC, he added.

"Hadi has chosen this option after he and local authorities in the south failed to halt the 4-day forcibly deportation carried out by STC security and military forces.

The UAE is a key player in a Saudi-led coalition that intervened militarily in the country in March 2015 to reinstate the Yemeni official government of President Hadi.

Despite instructions by Hadi Friday to local authorities, northerners have been kept deported, amid almost full control of the STC forces over most of the south.

Arrests and deportations commenced hours following Thursday missile-UAV double attack on a military parade for Arab coalition and Yemeni army forces and a bobby-trapped car that had exploded outside a police centerin Aden, killing at least 50 soldiers and injuring tens others.

The air attack was claimed by the Houthi group, and the car-bomb by ISIS offshoot in Yemen.