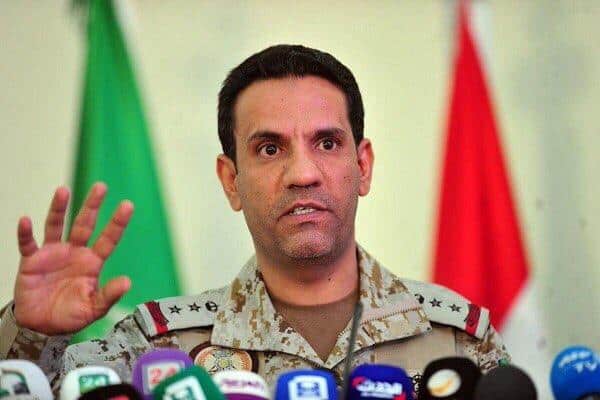 The unmanned aerial vehicles used in attacking the Saudi oil facilities on Saturday are Iranian-made and were not originated from Yemen, the Saudi-led coalition said Monday, refuting the Houthi claims.

Initial investigations in the attack on Aramco facilities indicate that the weapons used are Iranian, coalition spokesman told reporters in Riyadh.

UAVs were not originated from Yemen, and investigations are underway to know their origin, Turki al-Maliki added, noting that Houthis in Yemen use the Iranian-made Ababil drones.

The coalition is able to defend oil facilities in Saudi Arabia, Maliki said.