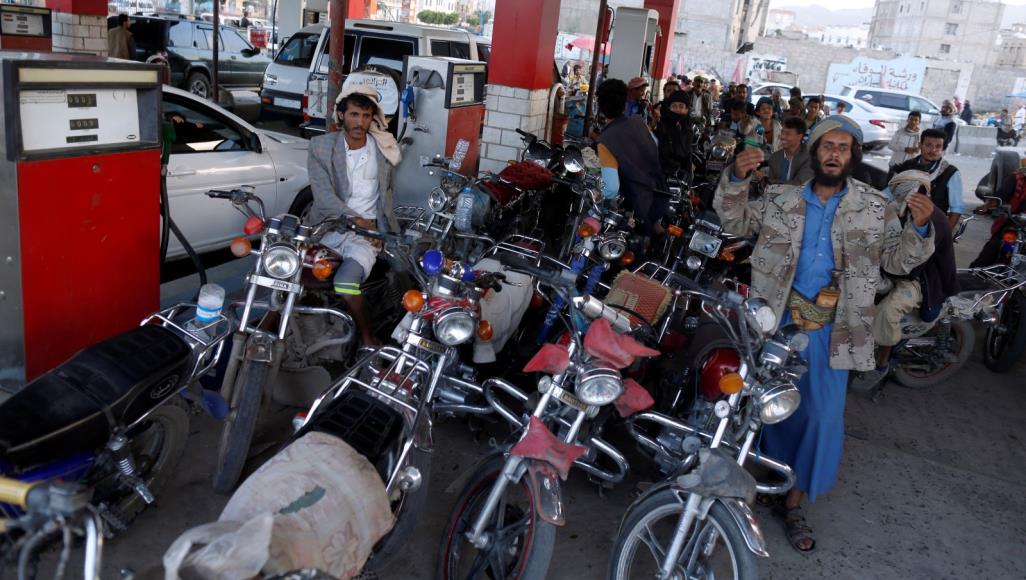 Yemeni internationally-recognized government-run economic committee on Monday accused the Houthi group of trying to minimize oil traders' share of the market in favor of loyalists.
Houthis generate up to 130% profits out of direct trade in fuel bought from "nationalistic" traders, the committee said in a release. "For this reason the group try to lessen these suppliers' share in the market."
The actual price of oil derivatives makes up 44 percent of that paid by citizens to buy oil from Houthis who collect most of the [56%] difference to boost their influence centers and, still, refuse to pay civil servant salaries, the release added.
Yemen has been racked by a 4.5-year bloody conflict between the internationally-recognized Yemeni government's forces, backed by a Saudi-led coalition, and the Iranian-backed Houthi rebels who ousted the government in 2014.
The conflict has triggered what the UN calls the world's worst humanitarian crisis, with most of the population in need for a type of humanitarian aid and immediate protection.
While the actual value of oil shipment is roughly 43 percent of the price offered to buyers, the Houthi-run Petroleum Company in Sana'a earn (in addition to 8% taxes) profits up to 20% of an oil shipment's value, according to the committee.
The rebels refuse to pay the 8% taxes paid by citizens for civil servant salaries in Houthi-held areas under international supervision and guarantees, the committee added.
Houthi rebels have repeatedly accused the Saudi-led coalition of "arbitrarily seizing oil tankers and denying them access to Hodeida port," controlled by the group, in order to "tighten grip around the throat, and further sufferings, of Yemeni people."
On April 9, the economic committee issued a decision banning the importation of any oil shipment not approved by the Aden-based Central Bank of Yemen, warning that such shipments would be denied access by coalition.
In March 2018, the Yemeni President Abd Rabbu Mansour Hadi decreed to liberalize the oil derivatives market, to allow for imports by private firms through all Yemeni ports, including those under Houthi control, and to give way for competition in the market.
A UN panel tasked with monitoring of sanctions on Yemen said last January, in its 2018 report, that Houthis received at least US$ 300 million a year in revenues of fuel shipped from Iran's ports to fund their war against the Saudi-backed official government of Hadi.
The rebels also collect annually some US$ 740 million in the form of revenues from firms and permit fees from communication, tobacco and other companies, according to the report.
Fees imposed on fuel imports through Hodeida port provide the Iranian-backed group with no less than US$ 300 million, in addition to revenues from fuel sold at black market, the paned said noting that the Houthis had several resources including customs levies collected at rebel-held Red Sea ports and Dhamar City.