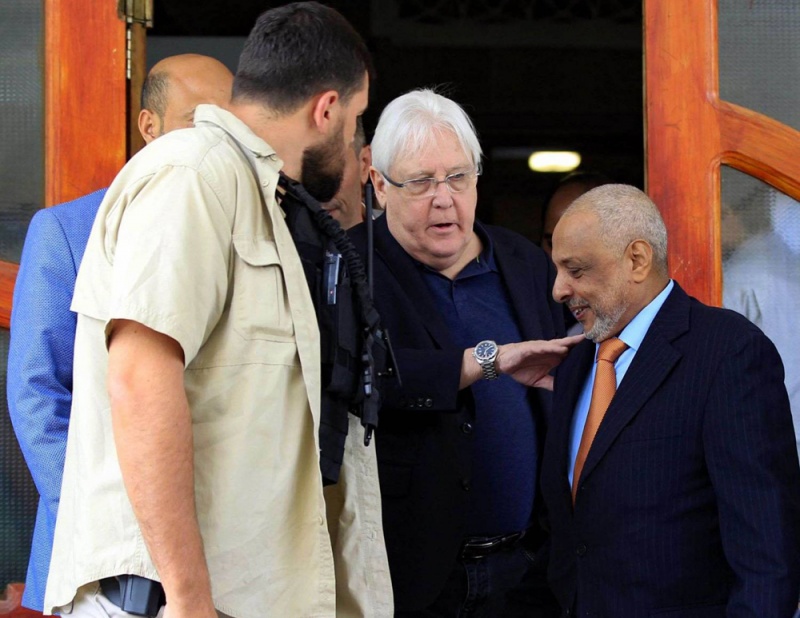 The joint forces loyal to the Yemen`s internationally recognized government, which is in charge of the West Coast battles, accused the UN envoy to Yemen and the head of the Hodeida Agreement support mission of "tolerating and condoning" the Houthis' violations.

The spokesman of the joint forces, Colonel Waddah Al-Dobeish, threatened to cancel all the checkpoints recently deployed in the city of Hodeidah, because of continuing violations by the Houthis.

The Joint Forces spokesman said that the Government team in the Redeployment Coordination Committee informed the head of the United Nations Mission in Support of the Hodeida Agreement of Indian General Abhijit Guha, who is currently in Sana'a, of these innovations and violations, but he did nothing.

It was considered that the silence of the UN team and its chairman is a "legitimization" of these actions and a flagrant bias.

The first was established at the Khamiri checkpoint in the northern part of Hodeida, the second in the western quarter of al-Saleh, the third in the eastern quarter of Kilo-16, the fourth in the southern quarter of Manzar, and the fifth in Kilo-7 north to Hodeida airport.

The pro-government joint forces daily inform the UN monitoring team about the Houthi new works and violations in Hodeida, a military source said in the statement.

The rebels' persistent escalation and violations "jeopardize the truce deal and push towards military escalation," the source warned.

With both sides trading blames for trying to thwart the deal, the UN-brokered Stockholm Agreement has been facing many challenges and difficulties to implement on the ground, leading the UN Security Council to adopt a resolution deploying a mission led by Cammaert to monitor the truce.