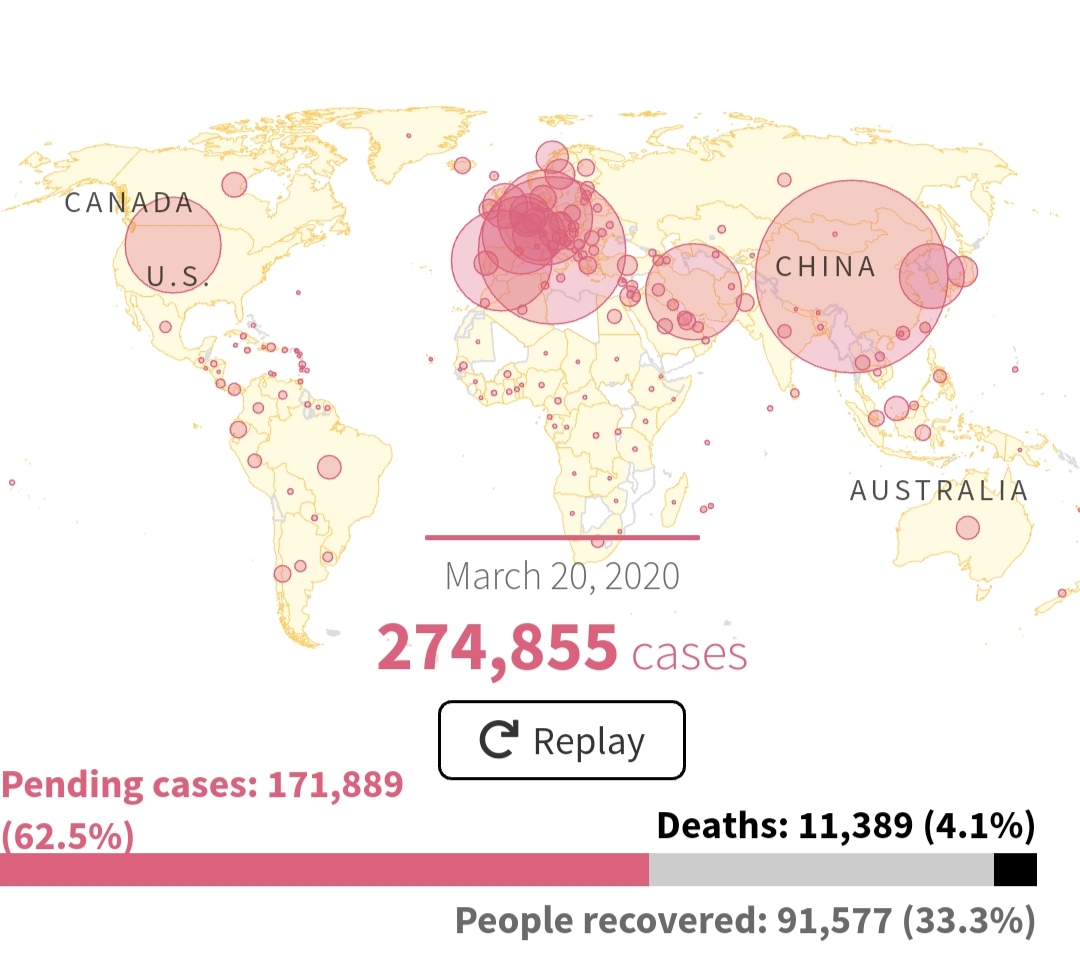 At least 11,389 people have died from a coronavirus called SARS-CoV-2 and 274,855 have been infected globally, following an outbreak that started in Wuhan, China in early December. The World Health Organization referred to it as a pandemic on March 11, 2020

Though the outbreak started in China, it has now reached 185 countries and territories. 73 of those have reported fatalities. Israel, United Arab Emirates, Serbia and Gabon reported their first fatalities in the past day.