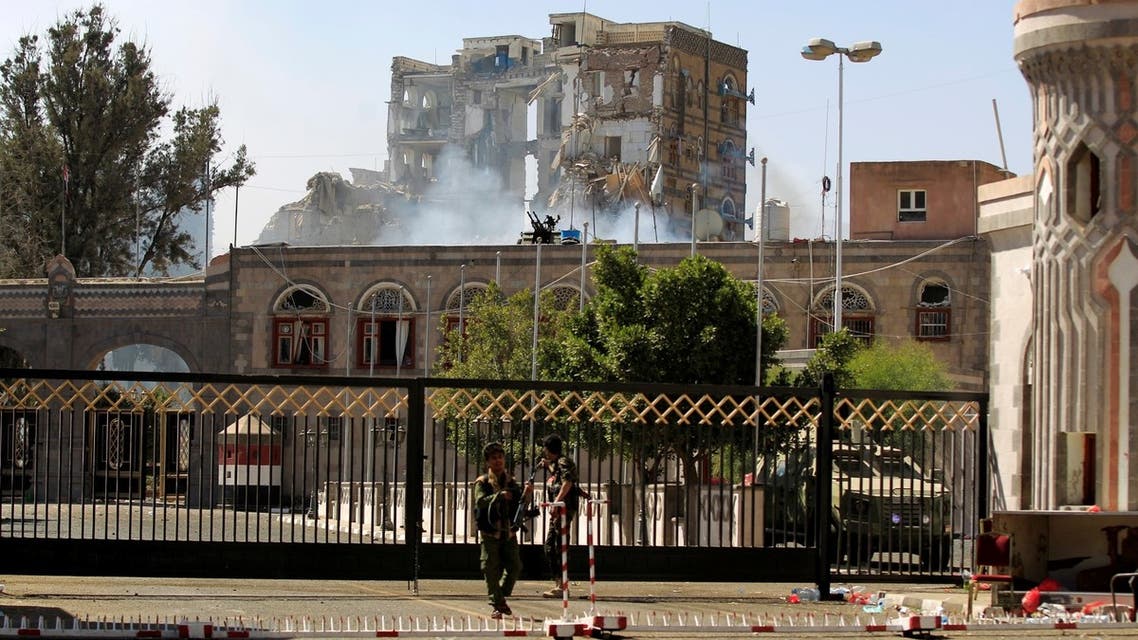 Riyadh (Debriefer) The Saudi-led coalition late on Friday publicized a set of pictures showing airstrikes against the presidential compound in the Houthi-controlled Yemeni capital.
On Friday dawn, the coalition said its warplanes targeted the Sana'a City-based compound "following an accurate intelligence" that spotted the Houthis while transporting strategic weapons in response to Wednesday raid on the camp.
"Intelligence and spatial photos show in details how the presidential compound is linked to secret underground structure based in the southern part of palace and linked to Nahdain Mont," the Saudi Press Agency said.
The pictures display impacts left by the coalition bombardment against weapons while being moved from the secret structure that was targeted by coalition war planes two days ago, according to SPA.
The Arab coalition also aired a footage for a previous airstrike targeting a ballistic missile in the palace-based Nahdain Mont.
The bombing "foiled a Houthi attempt to bring ballistic missiles out of Nahdain Mont depots," it added, noting that the war planes destroyed the missile before being prepared and moved out of the camp.