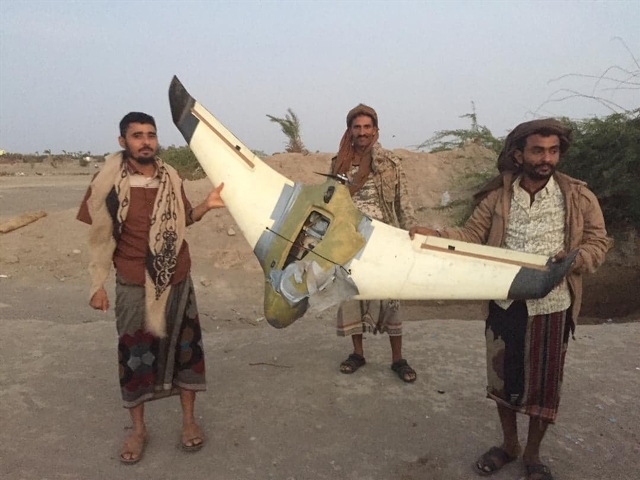 The Yemeni internationally recognized government forces shot down on Friday a drone of Houthi group (Ansar Allah) in the Khub Washha'af district in Al-Jawf governorate, north of Yemen.

The staff of the al-Dhafir Brigade, Yemeni border guards, Colonel Rabih Shalfat, said that the brigade's monitoring and reconnaissance teams shot down a drone launched by Houthi group and detonated it while flying over the Al-Barqa'a area of the Khub Washa'af district.

He pointed out that the drone was trying to target residential areas.