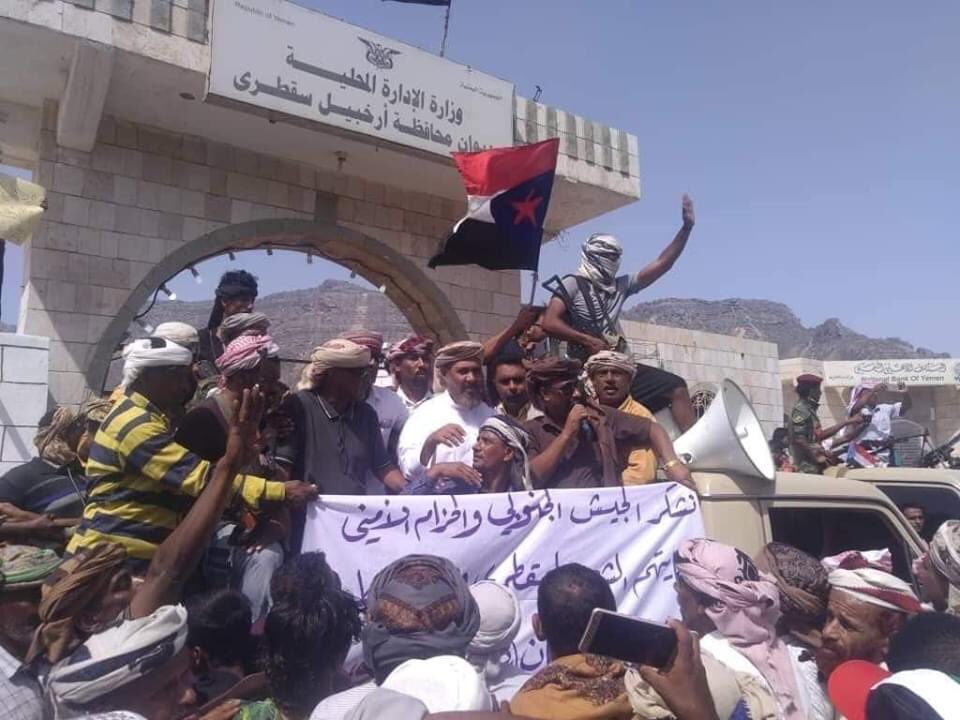 Yemen's Southern Transitional Council (STC) forces on Sunday forcibly deported tens of Yemeni northerners from the southern governorate of Socotra, where the Emirati-backed STC declared self-rule after its seizure of the Indian Ocean archipelago on Saturday.
Most of the northerners deported by STC militias work for private sector, Anadolu Agency quoted a government official as saying anonymously.
The northern workers were forced out via mini boats, the official added, without mentioning their destination.
According to social media activists, the northerners were deported to the southeastern governorate of Mahara.
No comments on the deportations have been issued by the STC or the Yemeni internationally-recognized government.
Late on Saturday, the Abu Dhabi-backed STC forces arrested government local officials and security and military officers, including the air force commander, Colonel Abdurrahman al-Zafeni, who was taken from his house.
The STC "militia has led a complete coup in Socotra governorate, undermining the State's institutions," the Yemeni government said Saturday in a statement.