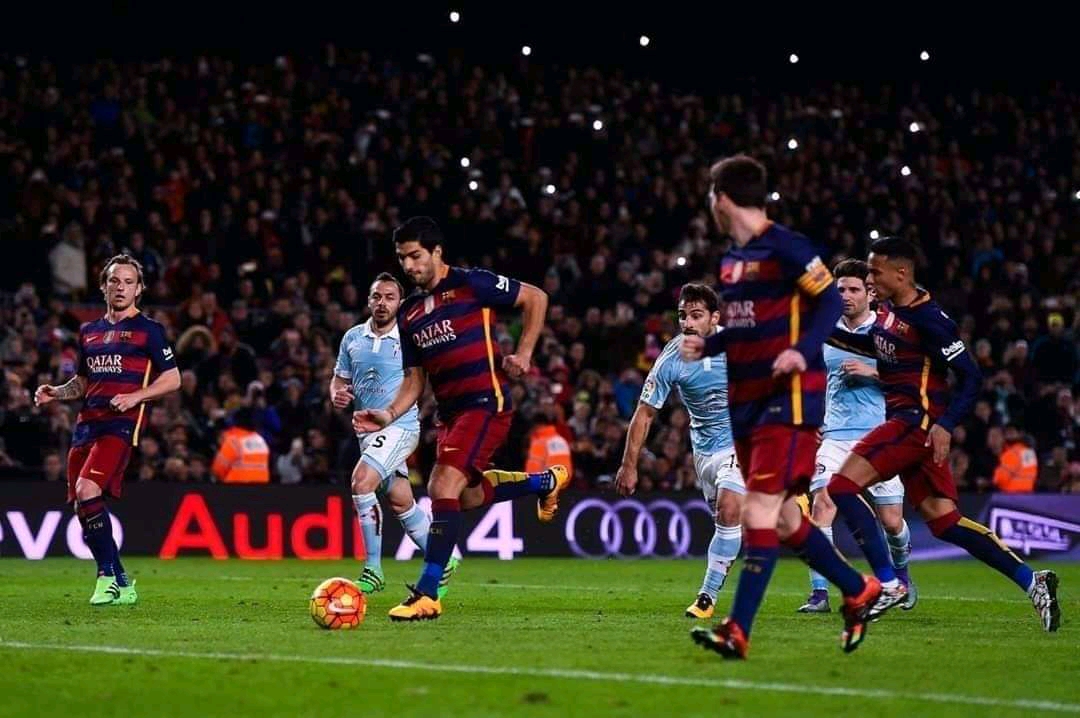 The Blaugrana drew 2-2 at Celta on Saturday, meaning their title rivals can go two points clear by beating Espanyol on Sunday night

In La Liga, draws feel like defeats for the top two, so Saturday's result at Balaidos will hit Barcelona hard.
Yes, the 2-2 draw with Celta still moves the Blaugrana one point clear of Real Madrid but nobody expects Zinedine Zidane's men to do anything but win at Espanyol on Sunday night.
A trip to Galicia had always looked like a dreadful fixture for Barca – and so it proved.

Celta may have gone into the game 16th in the table but they represented a clear and present danger to Barca's hopes of retaining their title.
They had conceded just once in their six previous league games and had just followed up a stunning 6-0 demolition of Alaves with a 1-0 win at Champions League chasers Real Sociedad.
In addition, Barca had gone four games without a win at Balaidos, and Lionel Messi hadn't even scored there since 2013.
He had hoped to score his 700th career goal on Saturday but his shooting was unusually inaccurate.
Barca will also perhaps try to take some consolation from the fact that they should have lost, with Nolito inexplicably shooting straight at Marc-Andre ter Stegen when presented with a tap-in with just seconds remaining.
However, there will be nothing but devastation at having dropped two points in a game in which they led twice.
Luis Suarez scored both of Barca's goals, proving that class is indeed permanent.
The Uruguayan is renowned for his slow starts to a season so it was no surprise that he looked so off the pace in his first few appearances after a six-month injury lay-off.
Against Celta, though, he looked like his usual sharp self, heading home the opener from a Messi free kick before making it 2-1 with a low strike from another assist from the Argentine attacker.
Suarez's return to form is undoubtedly timely but whether it will be enough to swing the title race back in Barca's favour is now debatable.

There were positives to be gleaned from this performance, particularly in the first half.
Barca were energised by the inclusion of youngsters Ansu Fati and Riqui Puig – just reward for the pair's game-changing efforts against Athletic Club in midweek – and deservedly took the lead 20 minutes in.
In a bid to counter Messi's dead-ball prowess, Celta had put a couple of men on the line when he set himself to take a free kick.
However, he simply chipped the ball to Suarez, who headed in from close range.
At that stage, Barca were looking good for three points, not least because they hadn't conceded a single post-lockdown goal.
However, sloppy play in midfield from Ivan Rakitic allowed Iago Aspas to put Okay Yokuslu away and the Turkey international crossed for Fedor Smolov to level matters.
Suarez restored Barca's lead thanks mainly to a wonderful turn in the area which enabled him to find the bottom corner with a left-footed strike but Barca tired badly in the closing stages.
Indeed, Ter Stegen had already made one fine save from Nolito when Aspas curled the ball around the Barca wall and into the bottom of the net with just two minutes of normal time to go.

All is not lost, of course. Real still have to go to Athletic Club before the end of the season.
But it's difficult at this point to see Barca winning all of their remaining games, not least because a resurgent Atletico Madrid will visit Camp Nou on Tuesday night.
The Blaugrana may be top of La Liga right now but it'd be hard to find anyone who thinks they'll still be there at the end of the season.