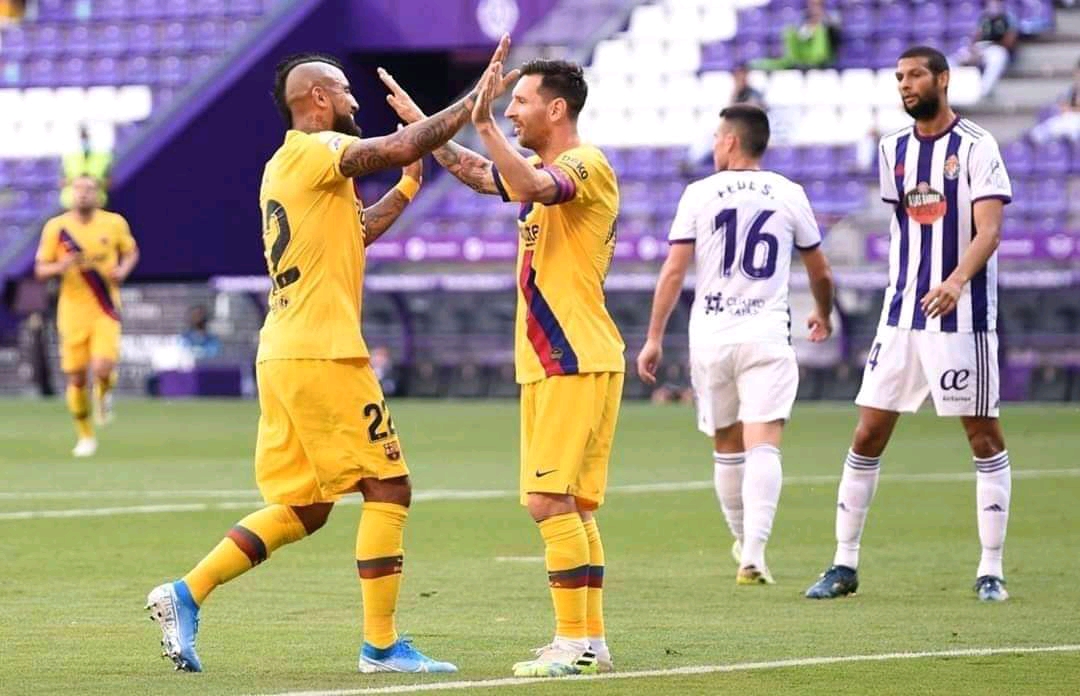 Lionel Messi notched a 20th assist of the season to help a lacklustre Barcelona secure a 1-0 win away to Real Valladolid on Saturday, maintaining the pressure on La Liga leaders Real Madrid.

Chilean midfielder Arturo Vidal struck the only goal of the game in the 15th minute, firing into the net off the post after being played in by Messi, who now has almost as many assists in the league as his 22 goals.

Yet Barça failed to build on their early advantage and were forced to grind out the victory in the second half as Valladolid took the game to them and were twice foiled by Marc-André ter Stegen.

The win takes second-placed Barcelona on to 79 points after 36 games, one behind Real Madrid who can restore their four-point advantage when they visit Granada on Monday.