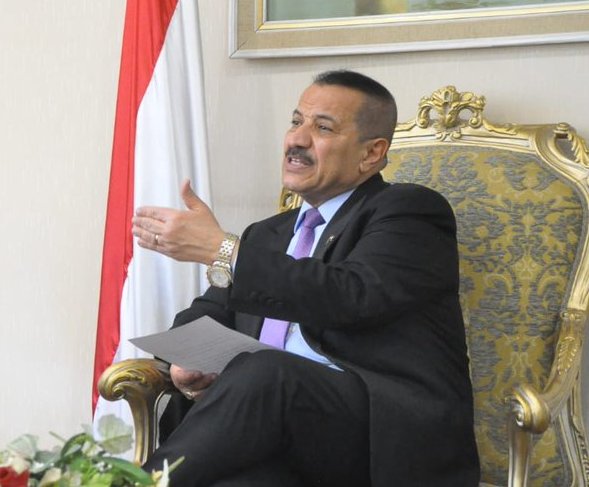 Sana'a (Debriefer) - Any arrangements for a political, peaceful solution in Yemen will not ignore corruptions and thefts, the Houthi group said Monday accusing Saudi Arabia and the United Arab Emirates of looting Yemen's wealth during the 5 years of war.
Sana'a government is constantly "following and documenting details and data on acts of looting oil and gas by Saudi Arabia, Emirates and their militias throughout aggression years," the Houthi foreign minister said in remarks carried by the Sana'a-based Saba.
By this, the government is "preparing to present this issue to the international community and courts combating corruption," Hisham Sharaf added.
"Any arrangements for a political, peaceful solution in Yemen will not ignore opening the files of thefts and corruptions committed by Saudis and Emiratis or by leaders of militias and armed and political groups allied with them.
Yemen has been beset by a 5-year war that broke out after the Iranian-backed Houthis had ousted the internationally-recognized government late in 2014.
The conflict escalated after a Saudi-led coalition intervened militarily in the country in March 2015, with Emirati partnership, to reinstate the government of President Abd Rabbu Mansour Hadi who Saudis claim to have called for their intervention.
On Sunday, advisor to the Yemeni information minister tweeted that the Emirati and Iranian foreign ministers' meeting "discloses the real role played by Abu Dhabi" in Yemen.
The UAE "has not headed [for Yemen] to fight Iran, but in quest for airports, seaports, islands, coasts and water corridors," Mukhtar al-Rahabi added.