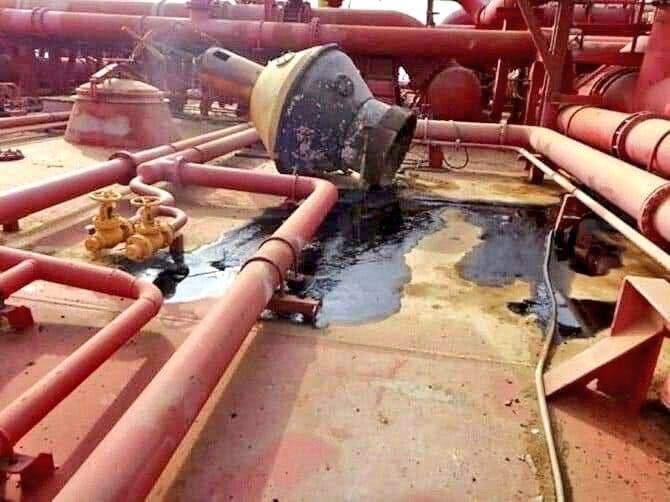 Riyadh (Debriefer) - The British envoy to Yemen on Sunday unveiled why the Houthi group rejects a UN plan to repair the Yemeni floating storage and offloading (FSO) facility Safer off the Yemeni western seaport of Ras Isa.
The Houthis have rejected the UN plan to repair Safer, Ambassador Michael Aron said in remarks to Asharq Al-Awsat.
They have not rejected the UN solution, but its plan, he told the Saudi paper, adding that this poses a problem.
The militias want another company to take over the repairs although there is company from Singapore - working with the UN - that is specialized in handling such cases, Aron said.
"The UN is in contact with the Houthis to resolve the issue," according to the paper.
"The operation will cost millions of dollars and is beyond the Houthis' expertise and capabilities. They need UN help.
"The problem is big and dangerous, he warned. The repairs will not take place over a matter of days. Time is available, but the Houthi authorities need to facilitate the UN operation," the UK diplomat added.
On Sunday, the US accused the Houthis again of thwarting a deal to assess and repair the FSO.
The Houthis have failed to reach a pact allowing the UN team access to Safer, the White House tweeted.
The Houthis' persistently obstructing and delaying the UN team portend an environmental, humanitarian catastrophe risking Yemen and the region, it added, underlining the need for the necessary repairs be made without delay.
Yemen's Houthis have been using the decaying Safer tanker as a bargaining chip for additional political and economic leverage, the US said on 15 July, holding the Iranian-backed group responsible for any environmental disaster.
"If there is a leak or, worse, an explosion, the Houthis will bear sole responsibility for any disaster, due to their cynical efforts to use the Safer as a bargaining chip for additional political and economic leverage," US permanent representative to the UN told the UN Security Council then.
"We must prevent the catastrophe that an oil spill would be; cleaning it up afterwards is not a viable option," Ambassador Kelly Craft warned. "The Houthis need live up to their commitments and facilitate an assessment without further delay or preconditions."
The Yemeni State-owned FSO facility has not been repaired since 2014, with corrosion making it and its 1.4 million barrels of crude at risk of looming explosion.