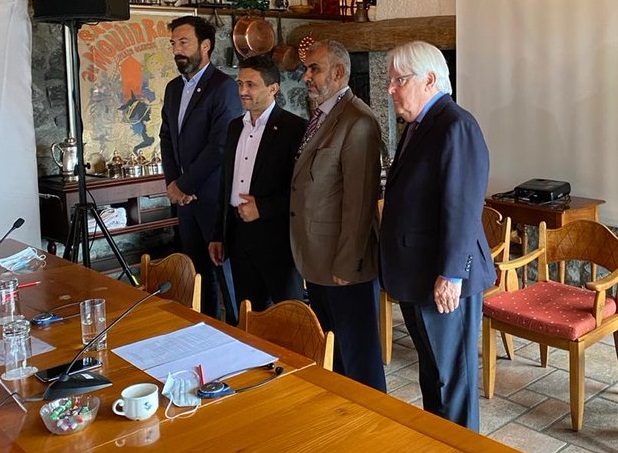 SANAA (Debriefer)--The Ansar Allah group, known as the Houthis, said the implementation of a deal signed on Sunday with the government for swapping prisoners will start in mid-October through flights from Riyadh, Aden and Marib to Sanaa and vice versa, he said.

Under the deal, 1.081 war prisoners and detainees will be released immediately, UN envoy to Yemen revealed earlier today.

The deal was a milestone after four rounds of talks on prisoners, said Abdulqadir Al-Murtadha, Houthi chief negotiator for the current talks in Switzerland, adding that his group is ready to implement the Stockholm agreement on prisoners through signing an all-for-all prisoner swap deal.

It was reached after a week of UN-sponsored talks and will be overseen by the ICRC.

Al-Murtadha revealed that disagreements between the government and a Saudi-led coalition supporting it led to agreeing only to the first part of an agreement for exchanging prisoners reached in Amman earlier this year and holding separate negotiations with each of them.

The presence of Saudi and UAE delegates was necessary because Saudis were among the prisoners to be swapped, he said, pointing out that Sunday and Monday will be decisive as the two sides still need to agree on a mechanism to implement the deal.