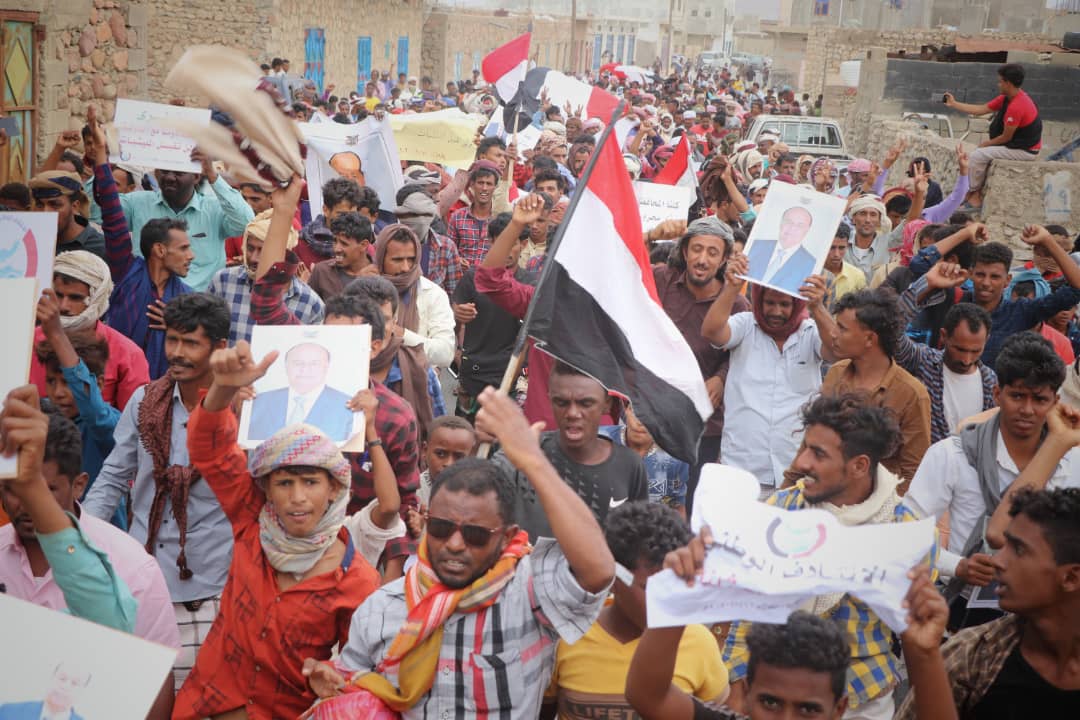 SOCOTRA (Debriefer)--A mass demonstration was staged in Yemen's Socotra governorate on Tuesday in support of the internationally recognised government and the implementation of the Riyadh Agreement. It was organised by the southern national alliance.
Demonstrators carried placards with slogans expressing support to the government, demanding the return of the local authorities and rejecting division, violence and the use of force projects.
Forces of the UAE-backed southern transitional council took over Socotra in June. They forced the local authorities and pro-government forces out of the archipelago.
A statement by the protesters called for accelerating the implementation of the Riyadh Agreement which was signed by the government and the southern transitional council to guarantee the return of the local government, the handover of all brigades and the withdrawal of fighters who were brought from outside the governorate.
The south should not be represented by a single group and attempts to make that happen will tear up the social fabric, the statement said, urging to include all the southern factions, including Socotra, in the upcoming government and the political process.