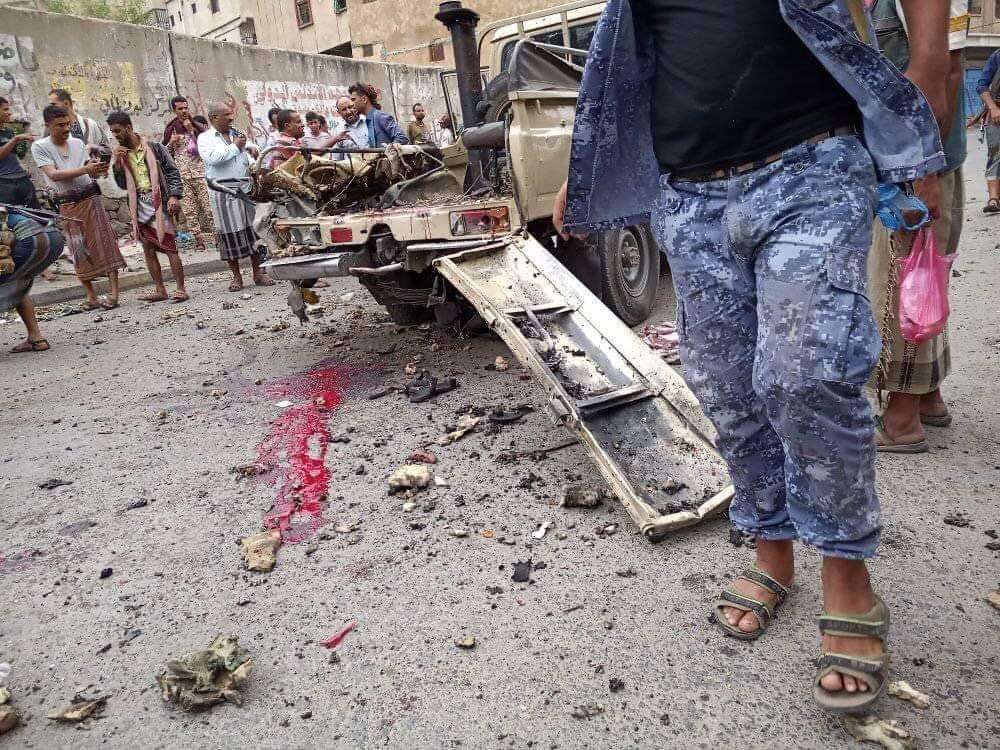 Taiz (Debriefer) - A military pickup on Wednesday was attacked with an explosive device that left five killed or injured in the Yemeni southwestern city of Taiz.
The targeted pickup was used to escort Taiz deputy governor, Aref Jamil (a leader in the General People's Congress), local sources said.
The vehicle was attacked while travelling on al-Ojainat street downtown Taiz, the sources added.
On soldier was killed and 4 others were wounded in the blast, according to the sources.