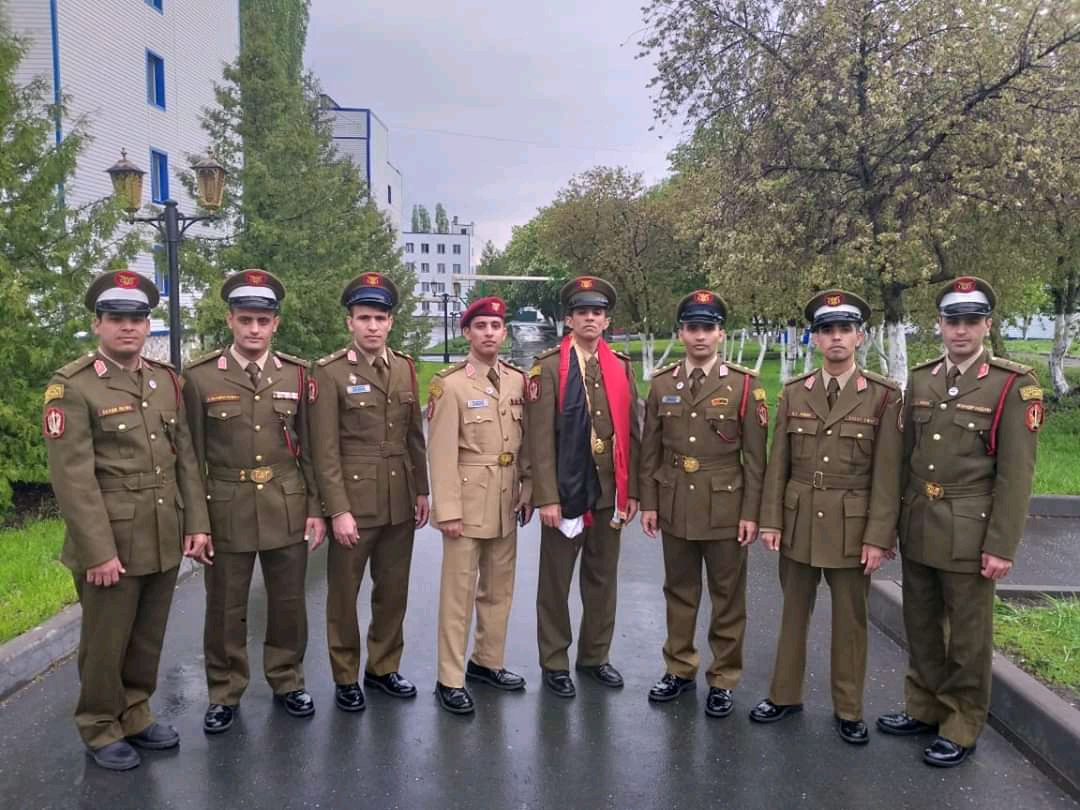 Moscow (Debriefer) - Russian authorities on Wednesday arrested six Yemeni officers (military academies students) following information from the Yemeni embassy in the Russian capital Moscow.
"The Russian authorities dealt repressively with the Yemeni officers," private source told Debriefer, "after protests calling for overdue payables.
"The six officers joined a list of (Yemenis already) detained by Russian police on the basis of endlessly malicious complaints from the mission," the source added.
In a grievance circulated by social media, Yemeni officers wrote: "Graduate officers, whom the Moscow-based military attaché summoned from different Russian cities and academies, were surprised by this attaché's reneging its promises on their unpaid dues.
"This pushed them to stage a protest outside the embassy just to be repressed by Russian police that shockingly arrested six of them," the grievance read.
The officers "received clear instructions to go to Moscow, as their flight to Yemen had been scheduled for 9 August. And they did.
"At their arrival, however, a meeting with them was put off indefinitely, so they had to gather outside the mission to call for their flight be timed or to know if the State is unable to airlift them."
The officers accused the Yemeni ambassador to Moscow of causing them suffering, due to his failure to perform duties with which he is tasked.
"On the first day, when we arrived at the embassy, the acting attaché came up and persuaded us to go, since [he said] there were new directives to pay cash enough to cover our lodgings and other needs until 16 August," they added.
The officers responded to the acting attaché's instructions and left, in the hope that they would come back the next day for the payments promised by the diplomat.
With most of them had no cash for transport, not to mention food, the officers selected six of them to go to the embassy to receive their money, but the acting attaché delayed the payments again.
This "irresponsible treatment" pushed the officers to gather and stage a sit-in outside the embassy until the mission honors its promise.
To their surprise, the embassy called the police to disperse their gathering and ask them to go away of Russian lands. "Since it's a Yemeni land, we chose to take refuge in the embassy, in fear of arrest and fine, but the police rushed to arrest six officers and took them to jail."
In a letter, the officers called on their defense minister and chief of staff to take urgent steps, or they "will escalate and stand strongly in the face of those who insulted the Yemeni Republic and officers."